ENGLEWOOD, Colo. (AP) — Josh Johnson might be looking for his 15th NFL team after the Denver Broncos waived the veteran backup quarterback Tuesday.

Johnson, an 11th-year pro, started the first two preseason games and got the majority of snaps behind starter Russell Wilson this summer, but he was beaten out by fourth-year QB Brett Rypien.

“It was a really close competition,” general manager George Paton said, adding that he hopes to sign Johnson to the Broncos’ 16-man practice squad Wednesday.

Paton also said finances weren’t a factor in left-footed punter Carliss Waitman beating out incumbent Sam Martin, who was waived Monday, even though the move saves the Broncos nearly $2 million in salary this season.

“We picked the best punter for us,” Paton said. “Money had nothing to do with it.”

The Broncos also traded edge rusher Malik Reed to the Steelers along with a seventh-round pick in 2023 for Pittsburgh’s sixth-round selection next year.

Among the cuts were wide receivers Seth Williams, Brandon Johnson (ankle) and Kendall Hinton, famous for having played quarterback during the Broncos’ COVID-19 troubles in 2020.

Also, third-year DL McTelvin Agim was cut despite having a monster game against the Vikings last weekend.

That way, Ojemudia and Dulcich will only have to miss the first month of the season. Had they gone on IR Tuesday they would have had to miss the entire season.

“They’re taking one for the team,” Paton said.

The Broncos made it 18 years out of the last 19 that they’ve kept an undrafted free agent on cut-down day. This time it was speedy wide receiver Jalen Virgil of Appalachian State.

“I think you need speed in this league and Virgil obviously provides that,” Paton said. 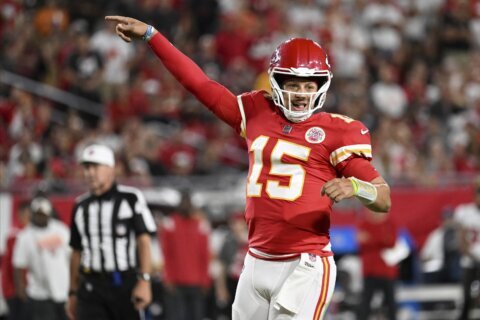 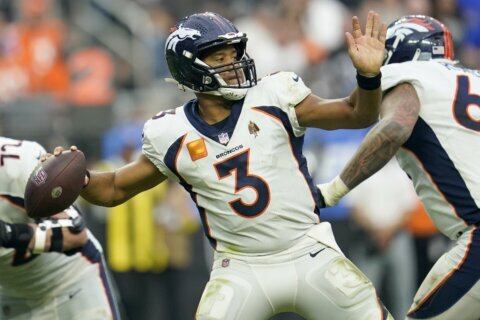