Chiefs aim for return to Super Bowl after playoff heartbreak

LAST YEAR: Once again led by Patrick Mahomes and Co., the Chiefs became the first team in NFL history to host four consecutive AFC championship games. But after building a 21-10 halftime lead on the Bengals, that high-powered offense flopped in the second half at Arrowhead Stadium. Cincinnati rallied to force overtime and then won on Evan McPherson’s field goal, denying the Chiefs their third straight trip to the Super Bowl.

CAMP NEEDS: The Chiefs had several players miss parts of offseason workouts with nagging injuries, so staying healthy into their regular-season opener is crucial. They also could be looking for pass rush help despite drafting Karlaftis and bringing back DE Frank Clark on a restructured contract.

KEY CAMP COMPETITIONS: Valdes-Scantling, Smith-Schuster, Moore and Mecole Hardman are locks at WR, but the Chiefs need Corey Coleman, Josh Gordon, Daurice Fountain or someone else to emerge as depth pieces. Clark and Karlaftis are the only sure bets at DE, putting pressure on Mike Danna, Josh Kaindoh, Malik Herring and Austin Edwards to earn a job.

EXPECTATIONS: The Chiefs traded Hill to the Dolphins for a package of draft picks, then signed Valdes-Scantling and Smith-Schuster while drafting Moore in an attempt to replace him. Whether that strategy works for GM Brett Veach and coach Andy Reid will decide whether the Kansas City offense continues to fly high this season. On defense, the Chiefs need to get more pressure on the QB in a division that suddenly features the Chargers’ Justin Herbert, the Broncos’ Russell Wilson and the Raiders’ Derek Carr. If both those things happen, the Chiefs will be in the mix for another run at the Super Bowl. 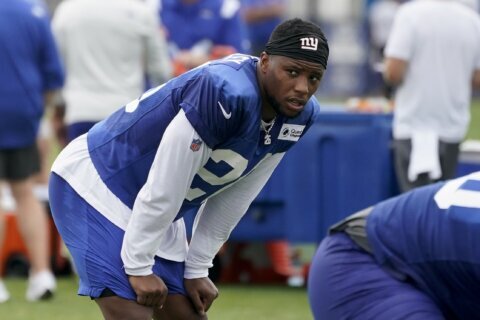 Giants practice disrupted by a string of fights 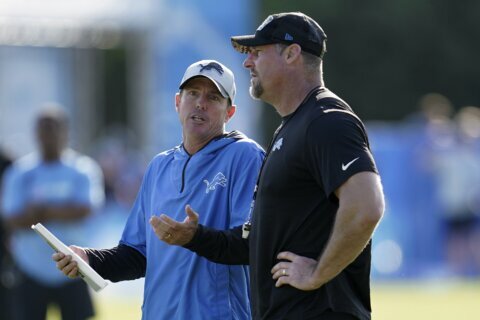 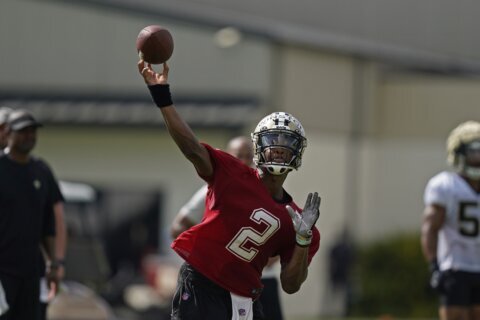