ENGLEWOOD, Colo. (AP) — Justin Simmons reported to the Denver Broncos’ training camp on Tuesday flashing his usual big smile and sunny disposition just like he has each of the last six summers.

Only this time it didn’t feel like that optimism will disappear in short order like it has every season since 2016, with middling quarterback play exacerbated by draft busts and free agent flops.

The Broncos have undergone an extreme makeover since missing the playoffs for a sixth straight season.

Soon, the franchise that’s been the fulcrum of a long-simmering family feud will be in the hands of Walmart heir Rob Walton after his group won the bidding for the coveted franchise with a $4.65 billion offer.

So, yes, this time it felt different.

“Way different,” Simmons said. “The quarterback position, adding Russ, that’s huge. But we’ve added so many players just around the board that I feel like it’s going to help us in every aspect.

“There’s just so many guys that we’ve added that I feel like has done nothing but improved us in every area, at every position, in every category.”

Gregory, who underwent shoulder surgery shortly after signing a big free agent deal with Denver, will start training camp on the physically unable to perform list along with receiver K.J. Hamler.

The gem of Paton’s restoration project is Wilson, who is set to become Denver’s sixth different starting quarterback in the last six seasons.

Wilson is the first worthy successor to the job since Peyton Manning retired in 2016, and he’s the first celebrity quarterback in Denver since then, too.

Aside from Hackett, first-time offensive coordinator Justin Outten and passing coordinator Klint Kubiak, Wilson has his own team of assistants that includes a personal trainer, a strength and conditioning coach, and his own personal QB coach in former Seattle teammate Jake Heaps.

“First and foremost, to be able to have a quarterback play at a high level it takes a whole family and I think Russ has done a great job surrounding himself with a great support group and they’re all great people, we know them well,” Hackett said. “And you know, as we move forward, those are things that we’re just going to work through and discuss what’s best for the team. But you know, I want Ross to be playing at a very high level. So I want him to be able to have everything that he needs to be able to get to that height he needs.”

“I’ll just piggyback on that,” Paton said, “it’s not uncommon in this league nowadays for players to have” a team of personal assistants. “And he’s got a great team. And it’s very collaborative. They’re very respectful of any boundaries we have and really they become part of the, you know, the Bronco family.

“I mean, they’re just really great people and anything we can do to gain an edge … we’re all about winning. If it’s going to help us win, you know, we’re all for it.”

The Broncos are expected to officially change hands next month when the sale from the Bowlen family is rubberstamped by other NFL owners. The new ownership group includes Rob Walton’s daughter, Carrie Walton Penner, her husband, Greg Penner; Starbucks board chair Mellody Hobson and former U.S. Secretary of State Condoleezza Rice.

All of the offseason changes have Denver abuzz with excitement the franchise hasn’t seen since winning Super Bowl 50 in Manning’s farewell appearance.

“There’s so much buzz and excitement,” Simmons said. “I know I’ve gotten up here every year and talked about how excited I am for the season and how you know, I really feel confident and comfortable with the group that we have going in. This year is just, I don’t know, just a little different than years prior. So I’m really excited for the year.” 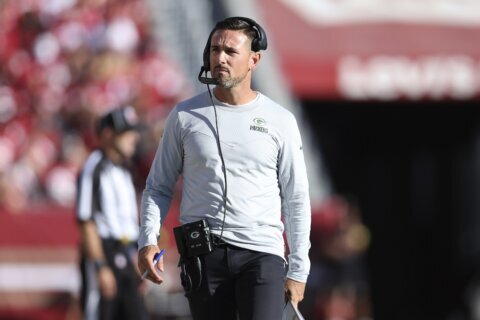 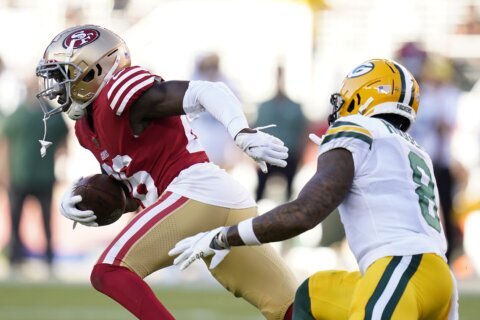 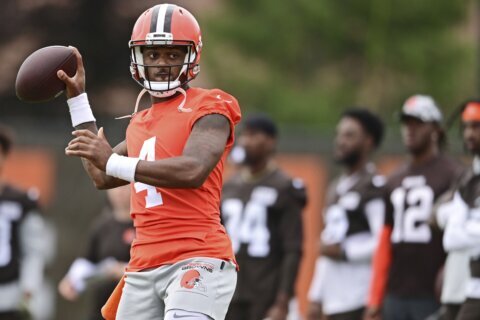