CLEVELAND (AP) — The Cleveland Browns intend to hire Catherine Raiche, who is currently an executive with the Eagles, as a high-ranking member of the front office, a person familiar with the team’s plans told the Associated Press on Tuesday night.

Raiche previously worked with Browns general manager Andrew Berry in Philadelphia and could be brought in as his assistant, said the person, who spoke on condition of anonymity because the process is in the early stages.

The 33-year-old Raiche could assume some of the duties that Kwesi Adofo-Mensah had with Cleveland before he was hired as the Minnesota Vikings’ general manager in January.

She previously worked for the Montreal Alouettes of the Canadian Football League, where she began as an intern and eventually was promoted to assistant GM before joining the Toronto Argonauts.

Cleveland has been among the league’s most progressive teams in terms of gender equity. Browns coach Kevin Stefanski hired Callie Brownson as his chief of staff in 2020, and the team expanded her duties to include working as an assistant wide receivers coach this year. 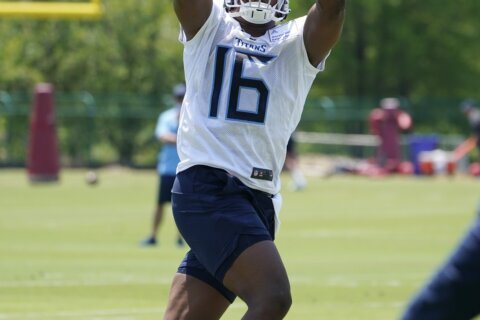