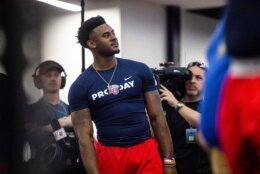 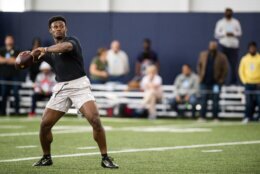 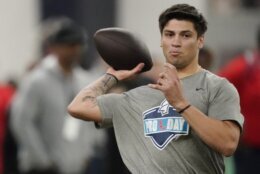 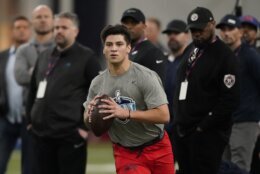 NEW YORK (AP) — Quarterbacks Malik Willis and Matt Corral are among 21 prospects who will attend the NFL draft in Las Vegas this month.

Michigan defensive end Aidan Hutchinson, who is projected as the potential No. 1 pick, is one of six defensive linemen headed to Vegas.

The draft begins with the first round on April 28. It’s being held in Nevada for the first time.

Willis had a dazzling NFL combine after starring at Liberty. He showed off an exceptionally strong arm on deep throws. Corral threw at the Ole Miss pro day after he didn’t participate in throwing or workouts at the combine while recovering from a right ankle injury sustained early in the Sugar Bowl against Baylor.