JACKSONVILLE, Fla. (AP) — Christian Kirk spent the first part of his NFL career playing alongside some great receivers, maybe even a couple of future Hall of Famers.

He watched, listened and learned from each of them, first Larry Fitzgerald, then DeAndre Hopkins and eventually A.J. Green. Kirk asked questions, made changes to his game and tried to retain every bit of knowledge he picked up over the past four years.

Now, he’s bringing everything to Jacksonville in hopes of emerging from their long shadows and taking his play to another level.

“I’m very confident in my potential and my ability,” Kirk said Thursday during his introductory news conference. “I feel like I have so much more left in the tank to be able to show and be able to keep proving, not only to others but to myself that I’m the player I know I am.”

The Jaguars clearly think highly of Kirk, who signed a four-year, $72 million contract Thursday that included $37 million guaranteed. Some considered it overpaying for a slot receiver. Others suggested it was overvaluing a No. 2 wideout at best.

Kirk sees it as an opportunity to prove doubters wrong.

“I like pressure,” he said. “To a ‘T’, it motivates me. But that stuff is always going to be there, especially with free agency. … Anybody who gets signed during this period, there’s always going to be somebody that’s going to say they’re overpaid. Some of it is nonsense and you can use it as motivation, but my motivation is just to be the best player that I can be and reach all the goals and aspirations that I want to reach.

Kirk caught 236 passes for 2,902 yards and 17 touchdowns with the Cardinals, who drafted him in the second round in 2018 out of Texas A&M. He’s also capable of running the ball and returning punts and kickoffs.

Jacksonville views him as a matchup nightmare, a versatile receiver who can line up anywhere on any down in new coach Doug Pederson’s offense.

“He was a headache for us when he was at A&M across the sideline,” said tight end and new teammate Evan Engram, who played collegiately at Ole Miss before spending the past five years with the New York Giants. “He was returning punts, down the seam, outside, underneath. And he had a lot of success in Arizona, too.

“He’s a real humble guy. He’s hungry to get to work. We’re already trying to guess how the offense is going to be and start thinking and daydreaming about how we’re going to make some plays.”

Kirk will be relied on to replace DJ Chark and give second-year quarterback Trevor Lawrence a top playmaker a year after Jacksonville’s receiving group struggled to get open, often ran the wrong routes and ranked near the top of the NFL in dropped passes.

The Jaguars also signed Zay Jones to a receivers room that already included veteran Marvin Jones, third-year pro Laviska Shenault and surprising playmaker Jamal Agnew. They’re likely to draft another wideout, quite possibly at the top of the second round with the 33rd overall pick.

Even if they do, Pederson and general manager Trent Baalke believe Kirk has all the tools to be a No. 1 receiver in a league that’s becoming more and more reliant on passing games.

“I think it’s pretty simple,” Kirk said. “I think it’s versatility and I think all those guys, they’re versatile. They move inside, they move outside and they make the big plays when they’re counted on. They impact the game, that’s No. 1 when you think about No. 1 guys.

“They have an impact on the game, not just on first and second down, but on third down, on fourth down, in the red zone. When the team needs a play or offense is in a slump, they’re able to kind of shift the momentum of the game and get the team back rolling. … I think those are those traits, and I believe I attain them all. Like I said, I’m just here to keep showing that I have it.” 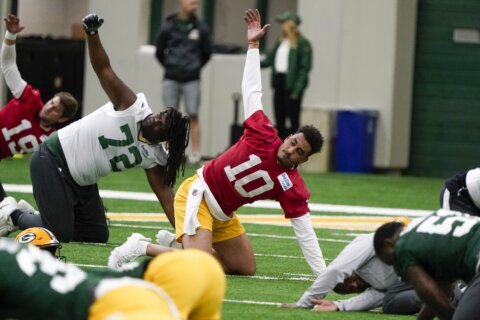 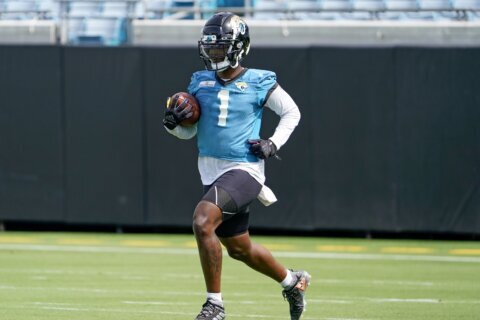