Jackson ready to team up with James in Chargers’ secondary

LOS ANGELES (AP) — J.C. Jackson was surprised when he didn’t get the franchise tag from the New England Patriots. The cornerback already had his future destination in mind when he was allowed to hit the free-agent market.

“I was telling my agent, ‘We’re going to L.A.’ I was telling him that from the beginning,” he said. “It’s a young, up-and-coming team. I felt like it was the right move for me and my family.”

Jackson spoke for the first time Tuesday about joining the Los Angeles Chargers after signing a five-year, $82.5 million contract when the new league year opened on March 16.

The 26-year-old cornerback led the league with 23 passes defensed last season and was second with eight interceptions as he made his first Pro Bowl.

“I was playing a lot of defensive snaps, so I was getting used to the game,” Jackson said. “I was studying film more. I was more locked in. The game slowed down for me.”

Jackson’s 25 picks over the past four seasons are the most in the league, which is why he has embraced the nickname Mr. INT.

Jackson joins safety and friend Derwin James in the Chargers’ secondary. Jackson said James, whom he has known since high school, often brought up the prospect of teaming up together during last month’s Pro Bowl.

“It’s crazy how it all comes back around in a circle. We knew each other back then, and now we get to play with each other? It doesn’t get any better than that,” Jackson said.

Jackson immediately upgrades a cornerback group that struggled last season. Michael Davis was inconsistent in coverage and Asante Samuel Jr., a rookie, dealt with injuries late in the year. Chris Harris Jr. is a free agent.

According to Pro Football Focus, Jackson had the top grade in man coverage among cornerbacks who played half the snaps in their team’s games this season. By comparison, Davis was 61st out of 72 cornerbacks.

The Chargers were 9-8 last season but missed the playoffs for the third straight year. They were 23rd in total defense.

“The more coverage players you have, the more the variety of coverages you can play. You’re seeing him cover premium guys, and he has the ball skills,” coach Brandon Staley said. “He’s got that type of toughness we’re looking for. And it’s going to allow us to become a lot more complete.”

Jackson also has ties to a couple of members of the Chargers coaching staff. Wide receivers coach Chris Beatty was with Jackson at Maryland while defensive coordinator Renaldo Hill and secondary coach Derrick Ansley tried recruiting him in high school.

Jackson also comes to the AFC West, which figures to have the league’s deepest collection of quarterbacks. The Chargers have Justin Herbert, but they will have to go against Kansas City’s Patrick Mahomes, Denver’s Russell Wilson and Las Vegas’ Derrick Carr.

“They better be ready for us,” Jackson said. 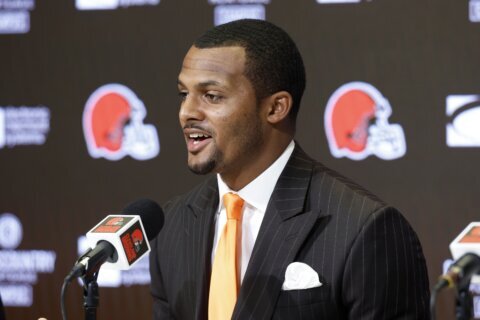 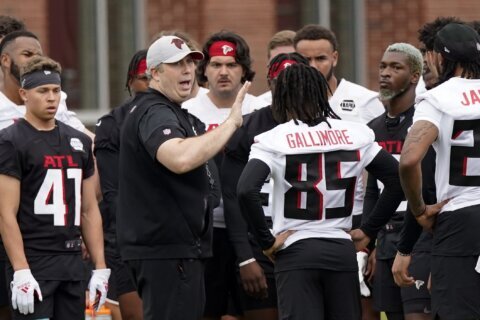 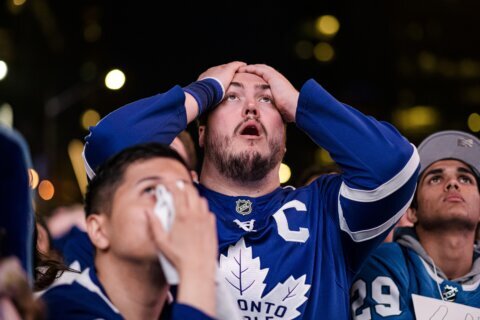