Chargers’ Herbert aims for consistency with playoffs on line

COSTA MESA, Calif. (AP) — The stakes for Justin Herbert arguably haven’t been higher since he led Oregon to the Rose Bowl two years ago.

The Los Angeles Chargers’ quarterback can carry his team to its first playoff berth since 2018 with a victory over the Las Vegas Raiders on Sunday night, and Herbert is trying to remain even-keeled during his preparation.

“It does come down to this one, and it is super important for us. But every opportunity to go out there and play football is big for us, and I think we’re treating it like that,” Herbert said on Friday after the Chargers (9-7) wrapped up their final practice.

A playoff berth would add another milestone to what has been a super second season for Herbert. He was selected to his first Pro Bowl as the AFC’s starting quarterback and is among the league leaders in most passing categories.

Herbert is tied with Tampa Bay’s Tom Brady for the most 300-yard games with eight. He is also tied for second with 35 touchdown passes (a franchise record) and is third in yards with 4,631.

Besides needing 172 yards to break Dan Fouts’ franchise single-season record, which has stood since 1981, Herbert is 22 yards away from becoming the first in league history to pass for 9,000 yards in his first two years.

Herbert has been at his best in prime-time games. He has 14 touchdown passes, only two interceptions, and a 109.5 passer rating in those five starts. He also has a pair of 300-yard games, including last season’s Week 15 Thursday night game at Las Vegas, where he passed for 314 yards and two touchdowns and scored the game-winning TD on a 1-yard sneak in overtime.

Herbert’s previous Sunday night outing this season was also memorable. He threw for 382 yards and three touchdowns on Nov. 21 against Pittsburgh, including a 53-yard TD to Mike Williams in the fourth quarter. That game is one of five fourth-quarter comebacks directed by Herbert this season.

“I think some guys get a little bit extra juice or adrenaline going for when they know that all eyes are on them. Justin feels like he’s pretty consistent. Every game day, he’s got that killer instinct going,” offensive coordinator Joe Lombardi said.

Herbert completed 25 of 38 passes for 222 yards and three touchdowns in the Chargers’ 28-14 victory on Oct. 4. The Raiders didn’t allow a completion of more than 20 yards in that Week 4 game, but Herbert carved Las Vegas up on short passes with 14 completions coming on screens or within 5 yards of the line of scrimmage.

Herbert isn’t worried about his stats this Sunday.

“It doesn’t matter how many yards I throw for as long as we get the win,” he said. “They’ve got an incredible front seven, and they do a great job of rushing the passer. So we have to be sharp all week.”

NOTES: Considering that the Chargers can make the playoffs with a win or a tie, Staley was asked multiple times on Friday if knowing he can get to the postseason with a tie will change his strategy. “We’re just going to have to wait and see on that. I don’t think I could speak in absolutes. I think that we’ll just have to wait and see if that situation expresses itself, and then we will have to be forced to make a decision. That will certainly be a big one,” Staley said. … Center Corey Linsley, who played only the first quarter last week against Denver before leaving with a back injury, was a full participant in Friday’s practice and will start against the Raiders. Linebacker Drue Tranquill (ankle) remains questionable, while defensive lineman Joe Gaziano (ankle) is out. 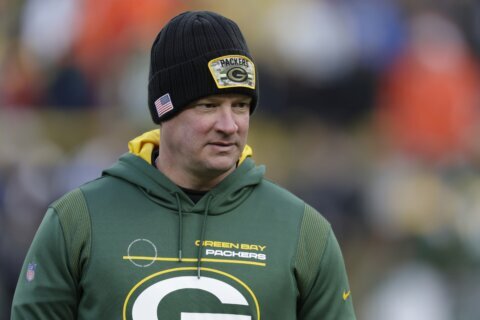 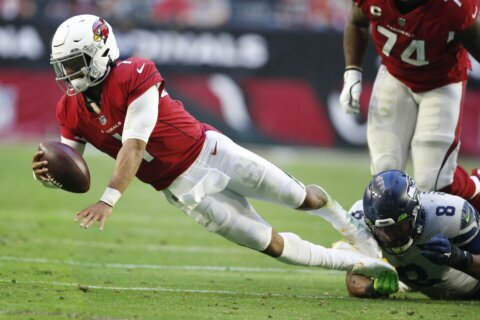 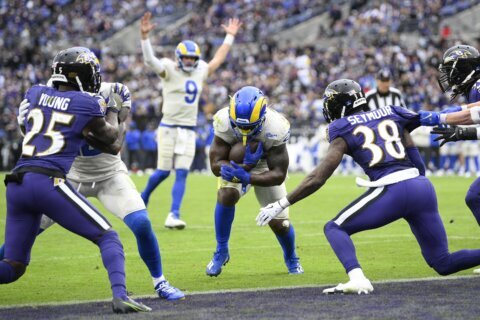 Cardinals, Rams to meet in playoffs despite Week 18 losses