OPENING LINE: Packers by 6½, according to FanDuel Sportsbook.

TURNOVER DIFFERENTIAL: Vikings plus-9; Packers plus-16

VIKINGS PLAYER TO WATCH: WR Justin Jefferson. He had 10 catches for 169 yards and two touchdowns when the Vikings beat the Packers in Minnesota earlier this season. The 2020 first-round draft pick from LSU already has 2,851 career yards receiving, the most by any NFL player in his first two seasons. Jefferson has 1,451 yards receiving this year to rank second in the NFL and also has 97 catches and nine touchdown receptions.

PACKERS PLAYER TO WATCH: QB Aaron Rodgers. The reigning MVP has thrown 16 touchdown passes without an interception over his past five games despite playing with a toe injury that has limited his practice time. Rodgers says he fractured his left pinky toe while working out at home during his quarantine after a positive COVID-19 test. Rodgers has thrown 11 touchdown passes without an interception the last three times he has faced the Vikings.

KEY MATCHUP: Vikings RB Dalvin Cook vs. Packers’ run defense: Cook has been activated from the reserve/COVID-19 list and should play Sunday night after sitting out the Rams game. The last time the Vikings visited Lambeau Field, Cook rushed for 163 yards and two touchdowns and caught three passes for 63 yards and two more scores in a 28-22 victory over the Packers. In its last game, Green Bay allowed the Browns to rush for 219 yards on 25 carries.

SERIES NOTES: The Vikings have won their last two matchups with the Packers. That includes a 34-31 game earlier this season decided on Greg Joseph’s 29-yard field goal as time expired. … The Packers are 1-2 against the Vikings and 7-0 against the other NFC North teams over the last two seasons. … Packers coach Matt LaFleur owns a 3-2 record against Vikings coach Mike Zimmer, who is 7-7-1 against Green Bay.

STATS AND STUFF: The Vikings are below .500 but remain in playoff contention heading into the final two weeks of the regular season. … Vikings LB Anthony Barr is coming off a two-interception performance against the Rams. He was the first Vikings linebacker to intercept two passes in a game since E.J. Henderson in 2010. … Jefferson and Randy Moss are the only Vikings ever to have consecutive 1,400-yard receiving seasons. … The Vikings are sixth in the NFL with a plus-9 turnover differential, but they’re 2-5 in the seven games when they’ve had a plus-turnover differential. That’s the most such losses in the league this year, according to Sportradar. The Packers are 11-0 with a plus-turnover differential. … The Packers have clinched their third straight NFC North title and are seeking to earn the NFC’s No. 1 playoff seed and lone first-round bye. The Packers have a one-game lead over the Dallas Cowboys, Los Angeles Rams and Tampa Bay Buccaneers in the NFC standings. … If Dallas loses or ties its home game with the Arizona Cardinals on Sunday, the Packers would be able to clinch the No. 1 seed by beating the Vikings. … LaFleur has a 38-9 career regular-season record and has tied George Seifert for the most regular-season wins by any coach in his first three seasons. Seifert went 38-10 from 1989-91 in his first three seasons. … Rodgers has thrown 55 touchdown passes and seven interceptions against the Vikings. The Packers are 15-10-1 against the Vikings in games Rodgers has started. … Packers WR Davante Adams has seven touchdown catches in his last five games. He also has seven touchdown catches in his last three matchups with the Vikings. … The Packers lead the NFL with a plus-16 turnover margin. … The Packers picked off four passes and made five sacks against the Browns last week. Rasul Douglas had two interceptions and Rashan Gary two sacks. … Douglas has intercepted four passes over his last four games. … Packers OLB Preston Smith has six sacks over his last six games. … Packers DBs coach Jerry Gray coached Vikings defensive backs from 2014-19.

FANTASY TIP: The recent track records of Adams and Jefferson in this series suggest both will have big games, but those guys are must-start players any week. Assuming Packers WR Marquez Valdes-Scantling is back from the reserve/COVID-19 list in time to play Sunday night, he might be worth starting. Valdes-Scantling had 10 catches for 123 yards and a touchdown in the Packers’ Nov. 21 loss at Minnesota. 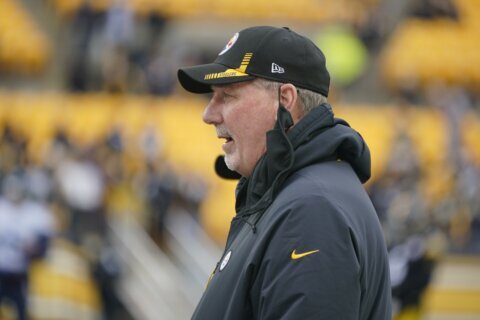 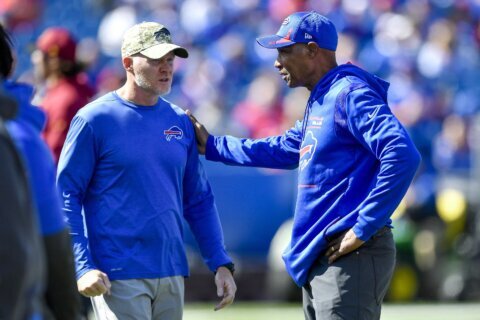