BETTING LINE: Titans by 3 1/2, according to FanDuel SportsBook.

TURNOVER DIFFERENTIAL: Dolphins minus-1; Titans minus-5.

DOLPHINS PLAYER TO WATCH: WR Jaylen Waddle. He has 96 catches this season, second most by a rookie in NFL history. He needs six receptions to top the mark of 101 in 2003 by Anquan Boldin. Waddle has had at least eight receptions in four straight games.

TITANS PLAYER TO WATCH: QB Ryan Tannehill is facing the team that drafted him into the NFL in 2012 for the first time after the Dolphins traded him to Tennessee in March 2019. He just rallied the Titans to a win from a 10-point halftime deficit and posted his 13th winning drive since taking over as the starter in October 2019. No quarterback has more in that span.

KEY MATCHUP: The Dolphins’ defensive front against the Titans’ offensive line. Tannehill has been sacked 45 times, second most in the NFL. Miami leads the league with those 45 sacks, 33 over the past seven games, and quarterback hits (116).

KEY INJURIES: S Brandon Jones is among nine Dolphins on the reserve/COVID-19 list. RT Jesse Davis has a knee injury but practiced fully. RG Nate Davis is among eight Titans on the COVID-19 list. LG Rodger Saffold should play after missing the last two games with an injured shoulder, then a stint on the COVID-19 list. Starting Titans LB David Long, who has missed the last six games, is practicing fully. But Titans receiver A.J. Brown missed Thursday’s practice with an injured calf, and Julio Jones and Nick Westbrook-Ikhine both are on the reserve/COVID-19 list.

SERIES NOTES: Miami has won two straight and three of the last four in this series. That includes the last game, Mike Vrabel’s debut as Titans coach. That game in Miami was the longest in NFL history, stretching 7 hours and 8 minutes because of weather delays.

STATS AND STUFF: Miami is the first NFL team to both win seven straight and lose seven consecutive games in the same season. … Another victory clinches consecutive winning seasons for Miami for the first time since 2002-03. … The Titans have won two of three and can clinch a second straight AFC South title and third straight playoff berth with either a victory or a Colts loss. Tennessee hasn’t won back-to-back division titles since the then-Houston Oilers won the first three Eastern Division crownds in the AFL between 1960 and 1962. … Miami is 19-7 in November, December and January since Brian Flores became coach in 2019. … Miami QB Tua Tagovailoa leads the NFL completing 70.1% of his passes. … Waddle had a team-high 10 catches for 92 yards and a TD last week, his third game with 10 or more catches this season. That’s second most by a rookie. … Miami has 14 takeaways over the past seven games. … The Titans have allowed one 100-yard rusher this season. … The Titans and Cincinnati are the only NFL teams with three players with at least 7 1/2 sacks apiece. Tennessee is led by Harold Landry III with 11 sacks. … RB D’Onta Foreman has a rushing TD in two of his past three games. … S Amani Hooker and CB Jackrabbit Jenkins each had his first interception of the season last week.

FANTASY TIP: Brown. The Titans third-year receiver had a career-high 11 catches last week for 145 yards and a TD hours after coming off injured reserve. Eight of his catches came on third downs, with six for first downs. He leads Tennessee with 760 yards receiving. 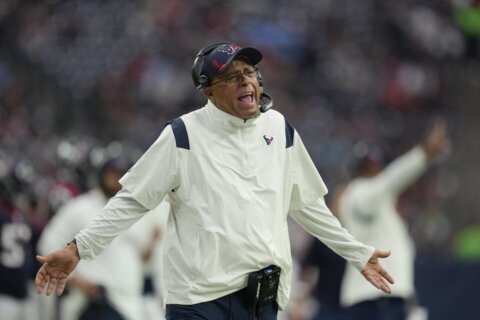 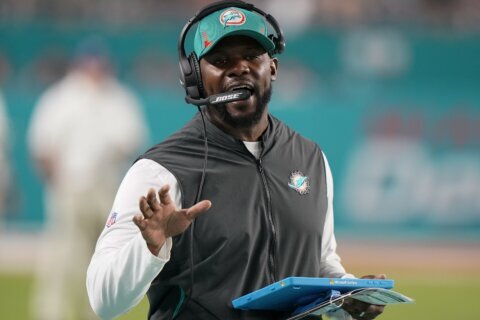 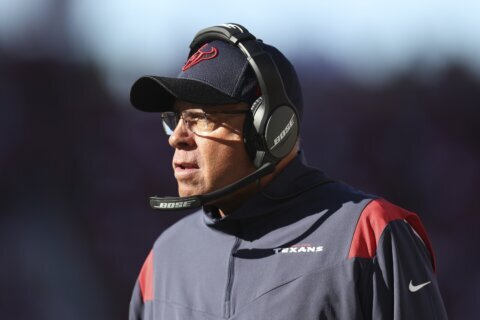