BETTING LINE: Bengals by 3, according to FanDuel SportsBook.

CHARGERS PLAYER TO WATCH: QB Justin Herbert looks to throw for at least 300 yards in three straight games. His 14 300-yard games are the most by a player in his first two seasons and his 55 TD passes are second most.

BENGALS PLAYER TO WATCH: RB Joe Mixon has carried Cincinnati to two straight wins since the bye. The fifth-year veteran had back-to-back 100-yard games for the first time since 2019, including a career-best 165 yards in Cincinnati’s 41-10 pounding of the Steelers.

KEY INJURIES: Bengals offensive linemen Riley Reiff and Trey Hopkins left the Steelers game with leg injuries that aren’t expected to be serious. Their status for Sunday is still to be determined.

SERIES NOTES: The Chargers have won three of the last four meetings, following a string of three straight by Cincinnati in 2010-13. … The Chargers beat the Bengals 27-10 in the AFC wild-card game on Jan. 5. 2014. … The previous time the teams met in the playoffs, Cincinnati prevailed 27-7 in the AFC championship game on Jan. 10, 1982, to clinch its first Super Bowl appearance. The game in Cincinnati was one of the coldest in NFL history, with the temperature dipping to minus-9. … In last year’s win, L.A. held on 16-13 with the Bengals’ Randy Bullock missing a potential tying 31-yard field goal as time expired. That contest marked the debut of Cincinnati’s rookie quarterback Joe Burrow.

STATS AND STUFF: The Chargers and Bengals are facing each other for the third time in four seasons. L.A. is on a two-game winning streak in the series. … Both are among the better fourth-quarter scoring teams. Bengals are third (102) and the Chargers are tied for fourth (100). … The Chargers’ defense has allowed 24 or more points in seven straight games, the longest current streak in the league. … The Chargers are the only team in the league with three players with at least 50 receptions (Keenan Allen, Austin Ekeler and Mike Williams). … DE Joey Bosa leads the league with four strip-sacks. … S Derwin James leads NFL defensive backs with 93 tackles. … The 41-10 result last week was the Bengals’ largest margin of victory over the Steelers in 32 years. … The Bengals have scored on 27 of their 30 trips to the red zone (21 TDs, 6 FGs) … Cincinnati has the fewest penalties (43) and penalty yards (361) in the NFL. … Mixon ranks third in the league in rushing yards (924), attempts (208) and rushing TDs (11). Mixon has at least one TD in eight consecutive games and multiple TDs in four straight. … Bengals WR Ja’Marr Chase is tied for second in the NFL with six receptions of 40 or more yards, and fourth with eight TD catches. … Cincinnati DE Trey Hendrickson has a sack in each of the last seven games. That’s the longest active streak in the NFL and the longest ever by a Bengal. … Cincinnati plays four of its last six games at home, where it is 3-2 this season.

FANTASY TIP: Bengals WR Tee Higgins had his first 100-yard game of the season last Sunday, grabbing six of his eight targets for 114 yards and a 32-yard touchdown. As defenses pay more attention to rookie Chase, Higgins is a reliable target for Burrow. 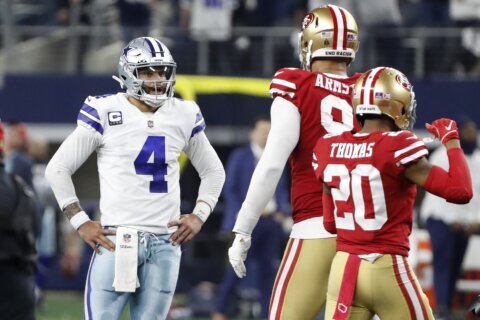 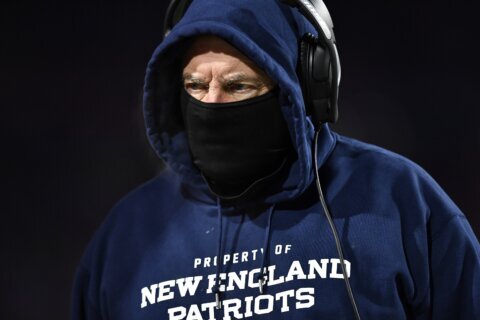