METAIRIE, La. (AP) — New Orleans Saints coach Sean Payton was not at practice on Wednesday but tested negative for COVID-19, the club said.

The Saints, who visit Tampa Bay on Sunday, did not provide many details on Payton’s health other than to say he was “under the weather” and working remotely. There was no immediate word on when Payton would return to the club’s training headquarters.

“Like anything else, the show must go on,” Saints quarterback Taysom Hill said. “I certainly missed having him around today, but we’re not going to lose a day of prep for a big game. I thought we had a good day of practice.”

Payton’s absence came as COVID-19 cases have spiked considerably across the NFL in recent days, mirroring trends seen in the general population.

And while Payton did not test positive, three Saints players — defensive end Cameron Jordan, running back Mark Ingram and receiver Ty Montgomery — did not play against the New York Jets on Sunday because of positive COVID-19 tests. Ingram and Jordan remained on New Orleans’ reserve COVID-19 list on Wednesday, when New Orleans began practicing plays it intends to have in this week’s game plan.

Not having Payton around for that installation “was strange,” tight end Nick Vannett said. “When they said he was out sick, I was like, ‘Oh, OK, I wonder how that’s going to be?’ But I think we just showed up and focused on the process.

The Saints (6-7) snapped a five-game skid when they beat the Jets 30-9 and remain in contention for one of the NFC’s wild-card playoff spots with four regular-season games remaining.

Defensive end Carl Granderson said it was “really different without having coach there.”

“Sean is always paying attention to detail. So, if you’re not on point, he’s going to speak up on it,” Granderson said. “He picks up the tempo.”

In Week 2 of this season, the Saints were without numerous assistant coaches because of a virus outbreak, but Payton was not among those which tested positive. Payton was among the first NFL employees known to have contracted COVID-19 in the spring of 2020. He also said this year that he’s been vaccinated.

Still, there have been instances in which vaccinated members of the population have contracted and spread COVID-19, albeit at a far lower rate than among unvaccinated people. 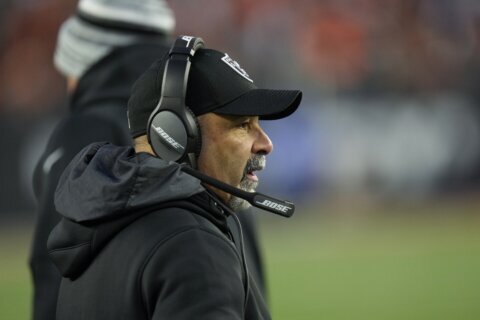 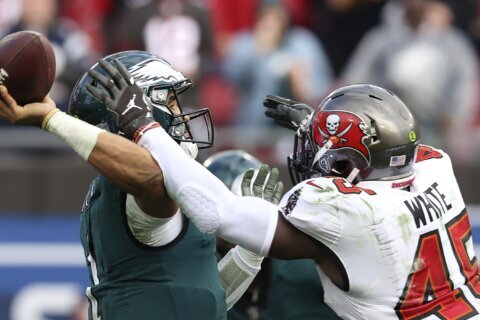