Local police said Ruggs was driving a Chevrolet Corvette at a “high rate of speed” when he struck the rear of a Toyota Rav4. When officers arrived at the scene, the Toyota was in flames. Fire officials pulled a deceased victim, a 23-year-old woman, from the Toyota, they said.

Ruggs, 22, remained on the scene and showed “signs of impairment,” police said. He was transported to a local hospital with non-life-threatening injuries.

The Las Vegas Metropolitan Police Department said Ruggs would be charged with DUI resulting in death. If convicted, Ruggs could face two to 20 years in prison. 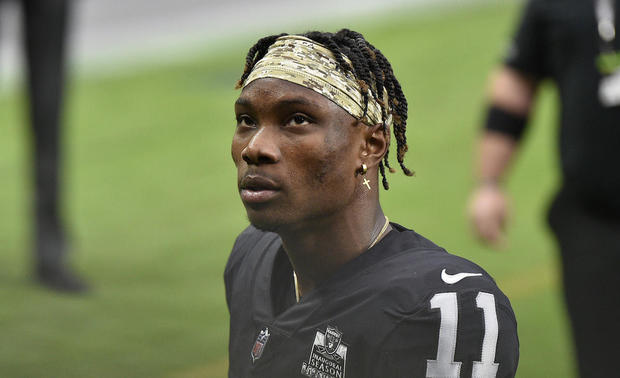 His attorneys, David Z. Chesnoff and Richard Schonfeld, said they would be conducting an investigation and asked the public to “reserve judgment until all the facts are gathered.”

The Raiders selected Ruggs with the 12th pick in the first round of the 2020 NFL Draft. He played three years at the University of Alabama, helping the Crimson Tide win a National Championship in 2017.