KANSAS CITY, Mo. (AP) — The New York Giants put linebacker Carter Coughlin on injured reserve and activated cornerback Aaron Robinson off the PUP list amid of series of defensive roster moves ahead of their Monday night game against the Kansas City Chiefs.

In a bit of positive injury news for New York, Sterling Shepard was active after dealing with a hamstring injury and fellow wide receiver Kadarius Toney was active after hurting his ankle. But running back Saquon Barkley (ankle), wide receiver Kenny Golladay (knee) and defensive tackle Danny Shelton (pectoral) were inactive for another week.

Carter, who is out with an ankle injury, must sit out at least three games. He’s eligible return Nov. 28 against Philadelphia.

Robinson was the Giants’ third-round draft pick out of Central Florida, but had yet to make his NFL debut. He had been on the physically unable to perform list since the beginning of training camp after surgery for a core muscle injury.

“He’s got real good top-end speed,” Giants coach Joe Judge said last week. “He’s got very good short-area quickness. He has good instincts in terms of matching receivers. He has very good ball skills. He’s got a physical presence to him. That’s one of the things that really jumped out to us when we looked at this guy through college tape.”

Harris, a third-year pro, played in four games with two starts last season, but has spent the first seven weeks of this season on the practice squad. McKinney, who was a Pro Bowl pick during six seasons with the Texans, joined the Giants practice squad Oct. 18 and was promoted in time to make two tackles last week against Carolina.

Parker played in 14 games with Miami and Dallas his first two NFL seasons, but had yet to play for New York.

The Chiefs were missing right tackle Mike Remmers with a knee injury, forcing rookie Lucas Niang back into the starting lineup. Linebacker Anthony Hitchens (tricep) and defensive tackle Khalen Saunders (knee) had been previously ruled out.

That means that Chris Jones was back on the field for Kansas City. The star defensive tackle had been out with a wrist injury, and he missed practice time Thursday and Friday but was a full participant in Saturday’s workout. 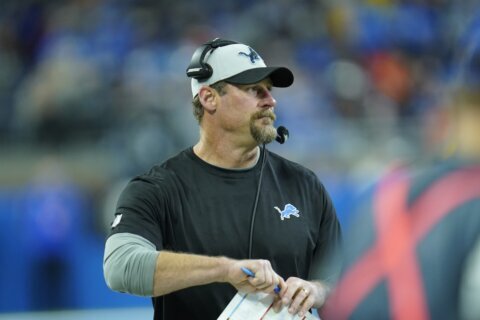 Lions, Vikings both desperate for win for different reasons 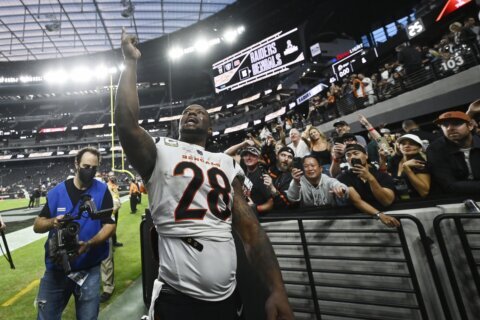