Giants’ injured Barkley off COVID list, but out vs. Raiders

Barkley has missed the past three games with a sprained ankle sustained on Oct. 10 against Dallas. He will not play on Sunday against the Las Vegas Raiders at MetLife Stadium because of the injury.

McKinney, who missed the last two days of practice while in the COVID protocol, practiced fully Friday and is expected to play in the Giants’ final game before their bye week.

Both players were placed on the COVID list on Wednesday after twice testing positive. The Giants subsequently found out the testing company was reporting many false positives and started using a more advanced test to confirm for the virus.

The team said linebacker Lorenzo Carter (ankle), defensive back Nate Ebner (ankle) and wide receiver Sterling Shepard (quad) also will not play against the AFC West-leading Raiders (5-2). Las Vegas did not rule out any players returning from its bye week.

Giants wide receiver Kenny Golladay, who was been sidelined with a knee injury the last three weeks, practiced on a limited basis the past two days and was listed as questionable. Rookie running back Gary Brightwell, who was placed in the COVID protocol on Thursday, also is questionable, along with receiver John Ross (quad).

Wide receiver Dante Pettis, who injured a shoulder on a punt return on Monday against Kansas City, was placed on injured reserve.

Golladay said his body will dictate whether he plays Sunday.

“I think we’re all just being smart about it right now,” he said. “Definitely avoided something very serious. Right now, just making sure I’m not trying to go out there and push it and make something worse.” 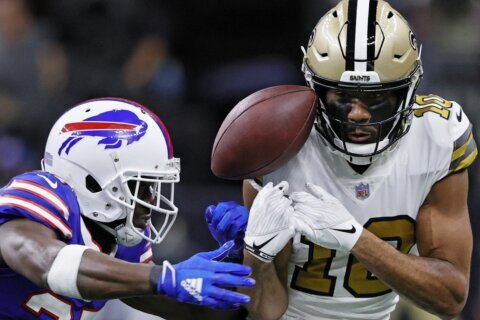 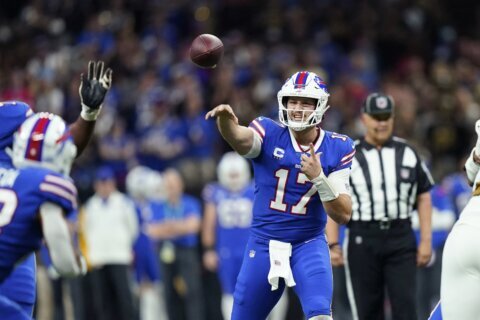 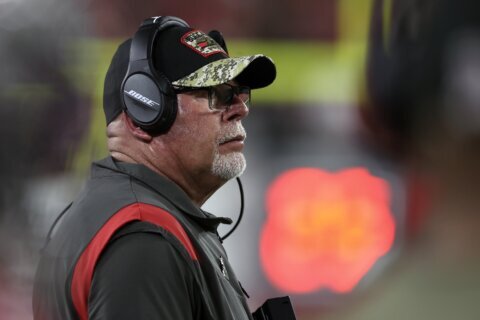