The Cowboys will be missing a coach for the second time in three games because of health and safety protocols. Running backs coach Skip Peete missed the previous home game against Atlanta.

Kicker Greg Zuerlein also was sidelined against the Falcons, and receiver Amari Cooper is missing his second consecutive game against the Raiders after testing positive for COVID-19.

Cooper isn’t vaccinated and has to be out at least 10 days, which kept him out again on a short week after he missed Sunday’s loss at Kansas City.

The Cowboys had several COVID-19 issues during the preseason and the first few weeks of the regular season, then there was a lull until Zuerlein’s absence.

The Raiders will be without linebackers coach Richard Smith because of COVID-19 protocols. His duties are being absorbed by the defensive staff. 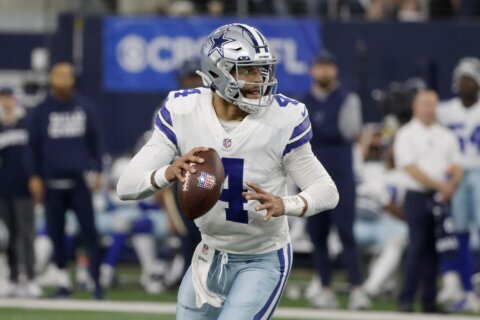