OPENING LINE: Cardinals by 2.5, according to FanDuel SportsBook

TURNOVER DIFFERENTIAL: Cardinals plus-8; Seahawks plus-3.

CARDINALS PLAYER TO WATCH: RB James Conner. When the Cardinals score touchdowns this season there’s a good chance it’s Conner who found the end zone. The running back leads the NFL with 11 rushing TDs and also leads the Cardinals with 493 yards rushing. He’s shared time with Chase Edmonds in the backfield for much of the season but because Edmonds (ankle) is sidelined with an injury, expect Conner to get the bulk of the carries.

SEAHAWKS PLAYER TO WATCH: How does QB Russell Wilson respond to being shut out for the first time in his career? His numbers and his performance against Green Bay were dreadful in his first game since coming back from finger surgery. His two end-zone interceptions were costly, but so too were some of the decisions he made at the line of scrimmage. He’s had some big games in the past against Arizona and another is likely needed.

KEY MATCHUP: Seattle’s run game vs. Arizona’s run defense. The Cardinals have taken over the crown of having the best secondary in the NFC West. If there is an area where Arizona has shown vulnerability it’s stopping the run. Seattle is desperate to get more consistency out of its run game to help the overall offensive efficiency. Expect the Seahawks to focus on getting Alex Collins, Rashaad Penny and others carries early to try and get the run game going.

KEY INJURIES: QB Kyler Murray (ankle) and WR DeAndre Hopkins (hamstring) have both missed the past two games. Edmonds (ankle) is out after being put on IR. Coach Kliff Kingsbury is hopeful that OLs Justin Pugh (calf) or Max Garcia (Achilles tendon) will be available for the game. … Seattle should have LT Duane Brown (hip) and key backup DB Ryan Neal (concussion) available against the Cardinals. RB Chris Carson is expected to miss another week while dealing with a lingering neck issue.

SERIES NOTES: Arizona has won two of the past three overall, and in Seattle the Cardinals are 5-3 since 2013. It will be the first matchup with a significant number of fans in the stands since the end of the 2019 season, when the Cardinals beat the Seahawks 27-13 in Seattle before 69,000. Last year’s games were played with no fans in Seattle and only 1,200 in attendance in Arizona.

STATS AND STUFF: The Cardinals are trying to improve to 6-0 on the road this season. Arizona has more road wins at Lumen Field (eight) than any other NFL team since the stadium opened in 2002. … Cardinals LB Jordan Hicks had 10 tackles last week. He has 342 tackles since joining the Cardinals in 2019. That’s the third-most tackles in the NFL over that span behind Seattle’s Bobby Wagner (392) and Houston’s Zach Cunningham (348). … The Cardinals have sacked Wilson 25 times over the past six games at Lumen Field. … The Cardinals have used 72 different players in games this season. That’s the second most in the NFL behind the Tennessee Titans. … Since 2012, the Seahawks are 36-12 following a loss, the best winning percentage in the league. … WR Tyler Lockett had 24 receptions for 267 yards and four touchdowns in two games against the Cardinals last season. Lockett had 12 catches in Seattle’s last home game against Jacksonville on Oct. 31. … S Jamal Adams had one of his best games since arriving in Seattle with 11 tackles and his first interception with the Seahawks last week vs. Green Bay.

FANTASY TIP: WR DK Metcalf has five touchdown receptions in his past three home games. He said after last week’s loss that Seattle’s playmakers need the ball more. It seems likely Wilson will give Metcalf more looks to find the end zone. 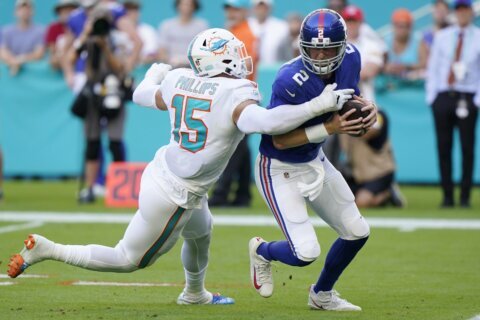 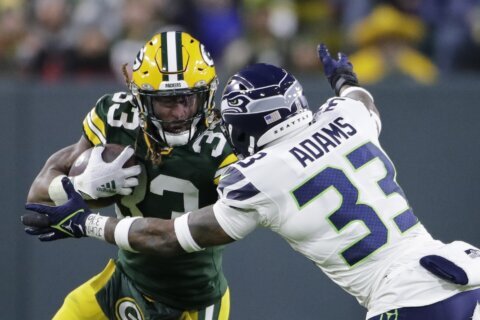 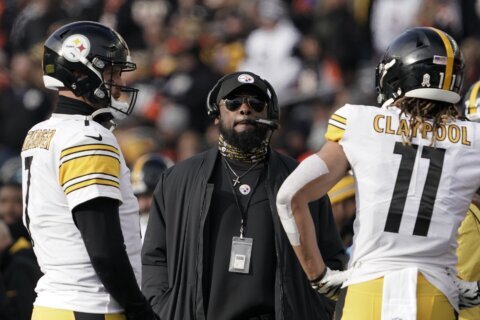