Accused of assaulting ex, Vikes’ Cook says she assaulted him

MINNEAPOLIS (AP) — Minnesota Vikings star Dalvin Cook is facing a lawsuit from a former girlfriend for alleged assault, battery and false imprisonment for a year-ago altercation at his home, the Star Tribune reported Tuesday, and the fifth-year running back is accusing the woman of assaulting and extorting him.

Cook’s attorney, David Valentini, said the woman, a U.S. Army sergeant, unlawfully entered Cook’s home, assaulted him and has been trying to settle her claim for “millions of dollars.”

According to details from the lawsuit that were reported by the Star Tribune, the woman traveled to Cook’s home near Vikings headquarters to end their relationship on Nov. 19, 2020. She said Cook was angered by her request that he help her gather her belongings. She said Cook then “grabbed her arm, and slung her whole body over the couch, slamming her face into the coffee table and causing her lower forehead and the bridge of her nose to bust open.”

The Star Tribune also reported the lawsuit, which was filed in Dakota County District Court, includes as evidence messages sent from Cook to the woman after the fight apologizing for his actions. She said she suffered a concussion, deep cuts to her face and other bruising.

In a statement sent to The Associated Press and other media outlets, Valentini said Cook had the legal right to defend himself per Minnesota’s castle doctrine. He said the woman entered Cook’s home with a stolen garage door opener, punched him and sprayed mace in his face without provocation. The woman also sprayed mace on two guests of Cook’s, Valentini said, and forced the three of them at gunpoint to remain in his home for “several hours.”

The injuries to the woman’s face, Valentini said, occurred when Cook tried to stop his ex-girlfriend from assaulting one of his female guests. Valentini said the woman had also previously caused damage to Cook’s property.

“We are confident a full disclosure of the facts will show Mr. Cook did nothing wrong,” Valentini said.

The Vikings said late Tuesday they were recently notified by Valentini about the situation.

“Upon learning of this, we immediately notified the NFL,” the team said in its statement. “We are in the process of gathering more information and will withhold further comment at this time.”

The Vikings play at the Los Angeles Chargers this weekend. Cook is eighth in the league with 554 rushing yards. He was drafted in the second round out of Florida State in 2017 and last year signed a contract extension worth $63 million. 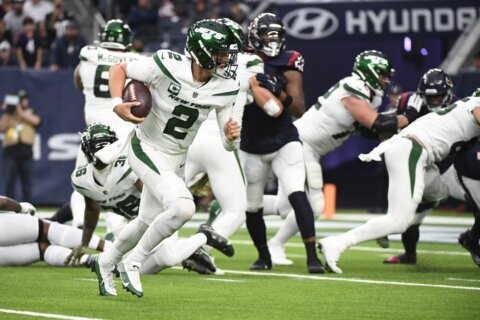 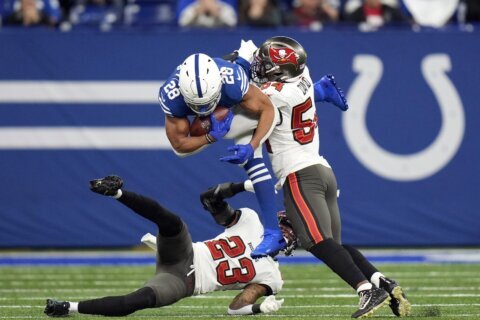