Meyer was Notre Dame’s receivers coach in 1996 when the Fighting Irish played Navy in Dublin, Ireland. Notre Dame won 54-27. Twenty-five years later, Meyer will try to get to 2-0 when his winless Jacksonville Jaguars (0-5) play a “home game” against cross-state foe Miami (1-4) at Tottenham Hotspur Stadium in London on Sunday.

The Jaguars have lost 20 consecutive games, six shy of the NFL record set by Tampa Bay in 1977. They actually have a better winning percentage in London (.429) than in Jacksonville (.333) since they started playing annually across the pond in 2013.

London is supposed to be Jacksonville’s second home. The 8,500-mile round trip is significant for the small-market franchise’s financial stability. The Jaguars credit about 11% of their local revenue to playing annually abroad.

Jacksonville’s ticket, television, sponsorship and stadium revenue streams are smaller than NFL teams in larger markets. Earning money in London helps offset some of the disparity, and the game remains a critical part of the team’s long-term plan.

Jacksonville played a “home game” at iconic Wembley Stadium every year between 2013 and 2019 and would have played there again last year had COVID-19 not shuttered international travel. The Jaguars signed a long-term deal with the NFL that granted them extended territorial rights – essentially allowing sponsorship deals – in the United Kingdom and landed them ticket revenue from Wembley, an 86,000-seat venue.

Jaguars owner Shad Khan, who also owns Fulham Football Club, is ready to sign another contract to remain “London’s team” and play one home game annually at Wembley. Khan tried to strengthen Jacksonville’s foothold in London by bidding to buy Wembley in 2018. He withdrew his offer for the English Football Association’s main asset after recognizing the extent of opposition to the sale.

Khan surely still would be interested in purchasing Wembley and would prefer playing there Sunday. A confluence of factors related to scheduling issues caused by COVID-19 forced Jacksonville to settle for playing one of three NFL games at Tottenham Hotspur Stadium.

And the Jags ended up facing the Dolphins in a matchup of Florida teams that are a five-hour drive apart.

Jacksonville has 26 players on its 53-man roster who have played at least one game in London. It was a higher percentage a few years ago, but a roster overhaul and missing last year’s trip caused that number to dip.

Meyer and several assistants also will be making the trip for the first time. Meyer is relying on a group of staffers who have been over there enough times to have it down to a science to make it smooth for everyone — and give the Jaguars their best chance of ending an embarrassing skid.

Meyer allowed his leadership committee, a group of players who serve as liaisons between the locker room and the coaching staff, to help pick what day to leave. They had several options, two of which included leaving earlier in the week. They landed on leaving after practice Thursday.

Meyer’s main concern is making sure everyone stays hydrated before and during the flight and gets plenty of rest in hopes of feeling little or no jet lag caused by the time difference.

The Jaguars, however, have no interest in playing home games in Germany. The NFL selected Düsseldorf, Frankfurt and Munich to enter a final bidding stage to host a regular-season NFL game.

Germany has a strong and growing NFL fan base and is one of the world’s largest economies, making it a logical target for a league with visions of worldwide growth.

But the Jaguars are committed to London, their second home and potentially the site of their first victory in nearly 400 days.

“The leaders we have on this team have been awesome and obviously it’s been a tough start, especially for the guys that have been here,” Lawrence said. “It’s tough kind of the situation we’re in. … If we stick together and just make these plays here and there eventually everything’s going to fall into place. Hopefully that’s sooner rather than later.” 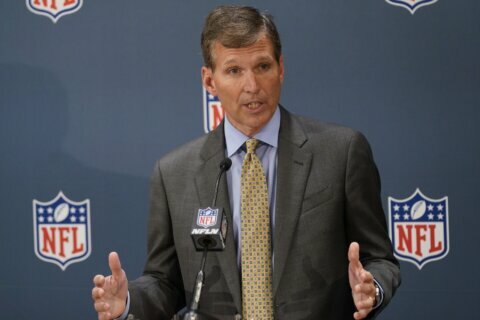 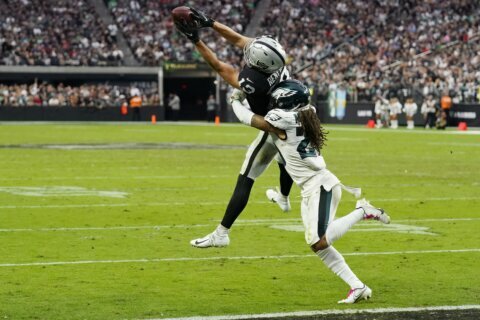