It’s deja-oof all over again: Bills enter bye with a thud

ORCHARD PARK, N.Y. (AP) — The Buffalo Bills are making a habit of kicking off their bye weeks with a thud.

It’s deja-oof all over again, with the AFC East-leading Bills (4-2) entering their annual break smarting from yet another last-second heartbreaker.

Last year, it was the “Hail Murray” in Week 10. That’s when Arizona’s Kyler Murray competed a 46-yard touchdown pass to DeAndre Hopkins, who outleaped three defenders in the end zone with 2 seconds left to secure a 32-30 win.

There’s no catchy nickname for Buffalo’s 34-31 loss at Tennessee on Monday night, and “The Music City Miracle,” of course, is already taken after the Titans beat Buffalo — who else? — by scoring on a last-second, reverse-lateral kickoff return in a 1999 season AFC wild-card playoff.

Monday’s outcome was far less a miracle and more of a bumble. The chances of Buffalo winning literally slipped away in the final seconds when quarterback Josh Allen lost his footing in failing to convert fourth-and-inches from the Titans 3.

Being reminded of both losses made it doubly difficult for coach Sean McDermott on Tuesday.

“It’s hard to try to sleep at night after a loss like that one in Arizona, or the one last night or any loss, for that matter,” said a coach of a 4-2 team which has lost just six times in its past 25 outings, including playoffs.

“It just burns inside. So I’m not sure by the hours that pass if it gets easier or harder, to be honest with you,” McDermott added. “So I think I’ll figure that out as the week goes on here.”

There is a potential bright side to whatever lingering bitterness carries over into next week, when the Bills return to host division rival Miami on Oct. 31.

Rather than wilt a year ago, Buffalo used the disappointment in Arizona as fuel to win their final six games of the season and two more in the playoffs before losing to Kansas City in the AFC championship.

It was an eight-game run during which the Bills defense was particularly improved by allowing an average of 17.1 points while combining for nine interceptions. In its first 10 games, Buffalo allowed 26.5 points and combined for seven interceptions.

Defensive coordinator Leslie Frazier chalked up the loss to the Cardinals as being a turning point for his unit last year.

“That was a hard loss or a lot of reasons, and they didn’t let it hold them back,” Frazier said in January. “I think it improved us overall, without question.”

It’s reasonable to believe the latest loss might have a similar effect for a team which has shown an ability to learn and grow from setbacks.

Then there was a three-game stretch to close the 2019 season, including a mean-nothing season finale loss to the New York Jets, in which the Bills rested most of their starters. Buffalo then squandered a 16-0 third-quarter lead in a 22-19 overtime loss to Houston in an AFC wild-card game.

The loss to the Texans particularly motivated Allen, who responded by putting together one of the most prolific seasons by a quarterback in Bills history last year.

This season, despite ranking second in the NFL with 203 points scored and sixth in yards offense, Allen and the Bills offense have endured spurts of inconsistency, and especially lacking finish inside an opponent’s 20.

On 29 drives inside the red zone, Buffalo has scored 16 touchdowns and 12 field goals, and turned the ball over on downs once with the end-of-game slip-up against Tennessee. The Bills’ red-zone troubles on Monday actually began in the first half by settling for field goals on each of their first two trips inside Tennessee’s 20.

The loss can’t be pinned on the offense alone.

After shutting out two of its first four opponents and allowing a league-low 64 points through five games, Buffalo’s defense sagged in allowing the Titans to score on each of their final six possessions (not including two ending in kneel-downs). Special teams even played a role, with a holding penalty against Buffalo’s Andre Smith negating what would have been Isaiah McKenzie scoring on a 101-yard kickoff return with three minutes remaining.

“A lot of shoulda, coulda, woulda,” Allen said, before raising the memories of the loss at Arizona without prompting.

“Going back to last year, taking a loss the way we did against Arizona, Hail Mary, bye week, this is a resilient team,” Allen added. “And I’ve got no doubt that we’re going to use this to fuel us and be ready to go in two weeks.” 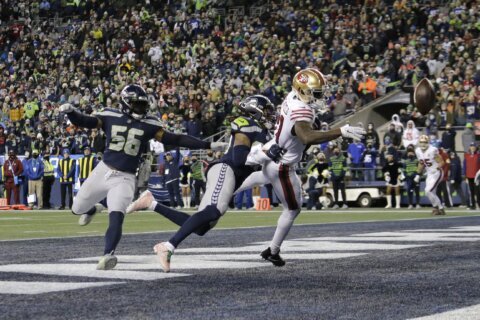 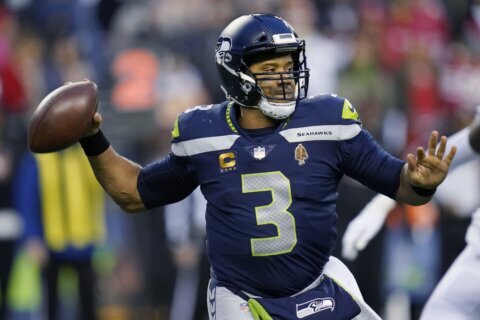