EAST RUTHERFORD, N.J. (AP) — New York Giants quarterback Daniel Jones is making the most of what is seemingly a make-or-break season.

While New York’s 1-3 record isn’t what he wanted heading into Sunday’s game in Dallas against the NFC East-leading Cowboys (3-1), Jones is giving every indication the Giants didn’t make a mistake taking him at No. 6 in the 2019 draft.

The Duke product is leading the Giants in rushing with 188 yards, hitting 67 percent of his passes for 1,184 yards and four TDs and not making many mistakes. He has two turnovers, a fumble and an end-of-half heave that was intercepted.

Jones had a career game this past Sunday, rallying New York from an 11-point fourth-quarter deficit to a 27-21 overtime win over the Saints in New Orleans. He threw for 402 yards and two touchdowns, ran for a 2-point conversion and had a 108.5 quarterback rating.

Because of the effort, Jones was selected as the NFC Offensive Player of the Week and it gave the Giants some life after losing consecutive games on the final play.

“I think it’s hard to win in this league and it doesn’t come easy,” Jones said Wednesday. “It comes with a lot of hard work and preparation.”

Since replacing two-time Super Bowl MVP Eli Manning in the lineup in the third game of the ‘19 season, Jones has a 9-21 record as a starter. It’s not good, but the Giants had some bad teams the past two-plus seasons.

Judge downplayed the honor announced Wednesday, saying it’s a team award. The line, the running backs and the receivers all contributed to Jones’ effort.

“Obviously, what he’s done is he’s capitalized on the opportunities and that’s what we preach to all of our players,” coach Joe Judge said. “You can’t force when the opportunity comes your way, but you have to handle it the right way when it does. He obviously has done that. He’s put our team in a position to have success. I see him improving every day.”

Jones walked around the question whether he was seeing the field better this season or the game had slowed down.

“I think football is different than baseball — it’s a team game, there are 10 other guys that you’re counting on,” he said. “Those guys getting open, the guys up front protecting, those are huge factors in it and guys have done that at a high level. I think that’s big. I think seeing it (and) being confident in what you’re seeing is also always a part of playing the position.”

Jones’ previous high for passing yards was 352 at Washington in his rookie season. The 400-yard game was the first by a Giants QB since Manning threw for 434 yards against Philadelphia in 2017.

Jones will be facing a much improved Cowboys defense this week. Dallas is tied for first with Buffalo with a plus-7 turnover differential. Cowboys cornerback Trevon Diggs leads the NFL with five interceptions.

“I think it’s a good group, a very talented group,” Jones said. “They play fast, play hard. Talked about some of those guys who’ve made plays, they’ve turned the ball over a lot, taken the ball away and affected the game.” 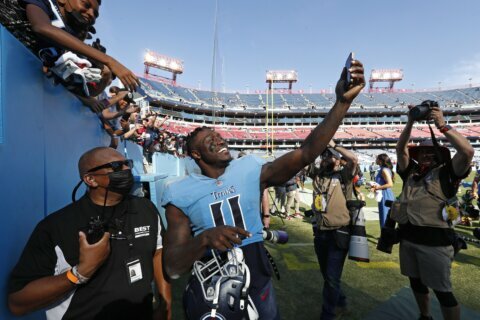 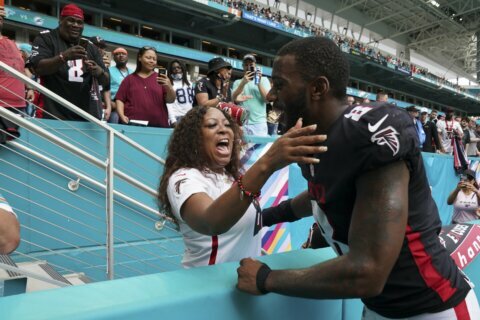 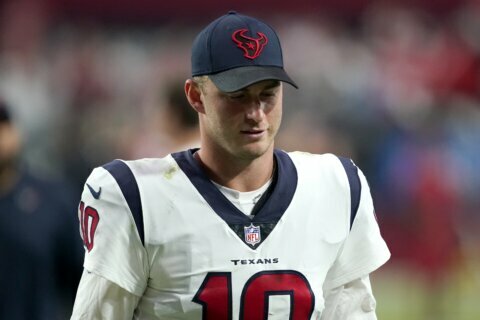