Coronavirus News: Montgomery Co. to lift mask mandate | Some may need fourth shot | Va. among best for vaccinations | Local cases of COVID-19 | How many in DC region are vaccinated?
Home » NFL News » Copper lifts Sky to…

CHICAGO (AP) — Kahleah Copper flexed after getting fouled on a basket late in Sunday’s WNBA semifinal.

Her teammates latched onto the energy to keep an improbable postseason run going. Copper scored 26 points and Allie Quigley added 21 to help the Chicago Sky edge the top-seeded Connecticut Sun 86-83 in Game 3 of the WNBA semifinals on Sunday.

The sixth-seeded Sky finished the regular season .500 and 10 games behind the Sun but can win the best-of-five series and secure the franchise’s second trip to the league finals with a victory at home Wednesday.

Copper completed the three-point play and made a running layup to cap a 9-0 run midway through the final period to give the hosts the lead for good. She struck a pose after making the first basket.

“When she’s like this; it’s over,” Sky center Candace Parker said of her teammate. “We remember the big plays, but it’s those and some.”

Copper was 5 for 7 from the floor and always seemed to come up with a big basket when the Sky needed it. The energy seemed to filter its way into the crowd of 7,421 as Chicago survived a dramatic final few seconds.

Down 84-83, the Sun had a chance to go ahead in the final seconds when Briann January got behind the defense on a breakaway, but missed the layup.

Courtney Vandersloot then made the second of two free throws to give the Sky a two-point lead with 8 seconds left. Parker had a block and rebound on the ensuing possession and made a free throw with less than two seconds left to force the Sun into a desperation heave at the buzzer.

DeWanna Bonner scored 22 points to lead the Sun, who also got 18 from Alyssa Thomas.

“They got some loose balls tonight and they were a little tougher down the stretch,” Bonner said. “Right now, ‘What if we made that shot?,’ ‘What if we got that rebound?’ is all we’re thinking about.”

Copper made a 3-pointer with 25 seconds left in the first half to give the Sky a 37-35 edge at the break.

“I was just aggressive from the beginning,” Copper said. “I think it’s important to bring that confidence. I’m just trying to do whatever I can do out there.”

Azurá Stevens had 15 points and 11 rebounds. Parker added 10 points and 11 boards for the Sky, who are seeking their first finals appearance since 2014.

The Sun appeared to get its offense untracked in the second quarter but didn’t show the same kind of precision in the final period and a half and finished with 16 turnovers. Sky coach James Wade thought his team deserved some of the credit.

“We were able to stay five-on-five a little bit more,” he said, “just paying more attention to Bonner. She’s an amazing player and we know we have our hands full with her. We made sure we knew where she was.”

Bonner was slow getting up after a rough collision with Diamond DeShields on a layup attempt late in the first half. She stayed in the game, however, and made both free throws. DeShields was assessed a flagrant 1 personal foul after a video review of the play.

Connecticut’s Jonquel Jones, this season’s league MVP, finished with 10 points, 10 rebounds and four blocks after being held to just four points in the Sun’s 79-68 game 2 victory. The Sky, however, held her to just one field goal on two tries in the final period Sunday.

“There’s a lot of attention to her,” Miller said. “The challenge is to get JJ touches where she can score.”

Parker, who prepped in suburban Chicago, wore a custom Bears jersey with her own number 3 to the postgame press conference and asked the score of the football game toward the end. After being told the Bears were up 24-14 on Detroit at the two-minute warning, she found a way to dig at the lowly Lions.

Parker drew a roar from the home crowd late in the first half with a quick shift and extended scooping layup. … Connecticut is 0-3 all time when starting splitting the first two games of a playoff series … It was a busy sports day in the Windy City: The Sun and Sky tipped off just as the Detroit Lions and Bears were kicking off a mile north at Soldier Field. The White Sox began their regular-season finale against Detroit shortly after the basketball game ended. 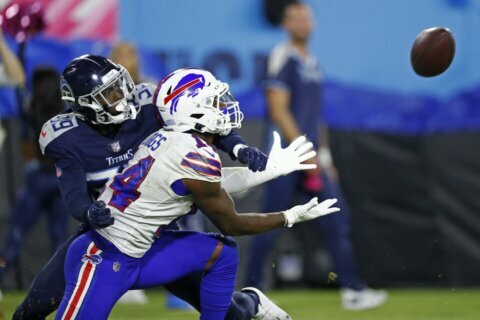 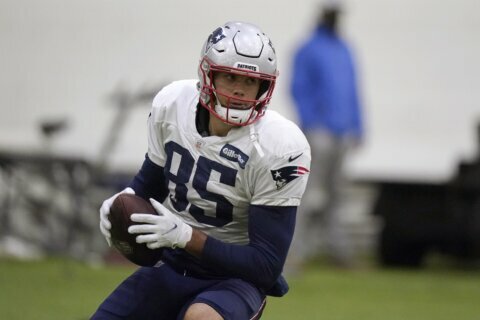