The NFL’s kickoff weekend ended up having the second-highest TV ratings for Week 1 over the past five seasons. The…
Listen now to WTOP News WTOP.com | Alexa | Google Home | WTOP App | 103.5 FM

The NFL’s kickoff weekend ended up having the second-highest TV ratings for Week 1 over the past five seasons.

The 16 games averaged 17.4 million viewers on television and digital properties. That is a 7% increase over last season (16.3 million average) and nearly equal to 2019, which averaged 17.6 million and remains the highest since 2017.

The numbers were likely to increase after last season was played during the pandemic, with empty stadiums presenting a strange viewing dynamic, and many people’s viewing habits changing. The first half of the season also occurred in the midst of a presidential campaign, when some people were watching cable news channels.

NFL games ranked as the top six broadcasts for the past week. Nearly 23.2 billion minutes were viewed, making it the largest Week 1 minutes total since 2016.

The most-watched game of the week was last Thursday night’s 31-29 victory by the Tampa Bay Buccaneers over the Dallas Cowboys. It averaged 26.4 million on NBC and digital, making it the most-watched first game of the season since 2015.

NBC averaged 22.8 million for the Thursday and Sunday games, which is an 11% increase over last year.

ESPN and Nielsen reported that the Monday night overtime thriller between the Las Vegas Raiders and Baltimore Ravens averaged 15.3 million on ESPN, ESPN2 and ABC. It is the most watched “Monday Night Football” Week 1 game since 2013, when Philadelphia at Washington averaged 16.5 million. That included 800,000 for the Mannings Megacast on ESPN2.

The league’s new television deal doesn’t officially kick in until 2023, but some elements have started with the season expanding to 17 games over 18 weeks. This was the first year both CBS and Fox had doubleheaders on Week 1.

CBS reported the highest viewership of a Sunday game, with a 19.54 million average for the 4:25 p.m. ET game between the Cleveland Browns and Kansas City Chiefs. It is also the network’s second-most watched opening week window since it resumed carrying games in 1998.

The CBS doubleheader averaged 16.59 million viewers, up 21% over last year. It was the first time CBS has had a Week 1 doubleheader since 2015. For many years it couldn’t air a doubleheader on the opening week because it was carrying the U.S. Open tennis tournament.

The NFL said the two late windows on Sunday drew 6.3 billion total minutes, the highest on record for Week 1 since tracking started in 1988. 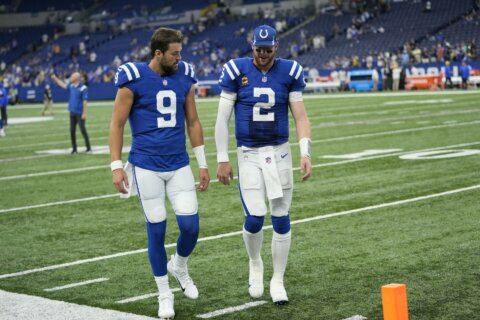 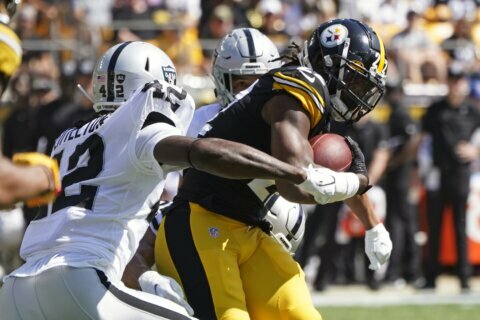 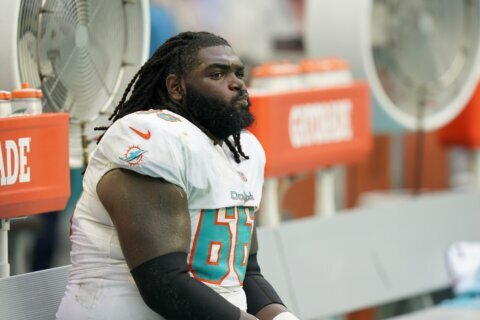