EAST RUTHERFORD, N.J. (AP) — After waiting a year to see their team play in person because of the COVID-19 pandemic, New York Giants fans needed 55 minutes to say they had seen enough.

Such was the start to the Giants’ 2021 season. They dropped a 27-13 decision to the Denver Broncos on Sunday in a game in which very little went right for them.

The offense didn’t generate much. The defense could not get off the field. Giants fans were so frustrated, they got up and went home after Melvin Gordon scored on a 70-yard run to give Denver a 27-7 lead with 4:37 to play.

By the end of the game, most of the fans remaining wore orange jerseys. Many gathered behind the Broncos bench and chanted “Teddy, Teddy, Teddy” at Teddy Bridgewater after a great first game as a Broncos.

The optimism that engulfed the Giants after signing Kenny Golladay, Adoree Jackson and Kyle Rudolph as free agents and added speedy receiver Kadarius Toney in the draft has evaporated.

Fears of another losing season and another missed playoffs are increasing. New York had been to the postseason once since winning the Super Bowl in February 2012.

The hiring of Joe Judge last year was supposed to right things. However, the concern is even greater with the second game on Thursday against defending NFC East champion Washington (0-1) in the nation’s capital.

Saquon Barkley, who played for the first time since tearing an ACL on Sept. 20, was among the many Giants players who parroted Judge and said the opener was the first of 17 games. He added the goal is improve after leaving a lot of plays on the field in all phases of the game.

“Usually, you’ve got to wait a whole another week,” Barkley said. “Now, we get another chance in four days to go out there and put all that bad football we had Week 1 and learn from it and get better.”

The Giants better if they want their fans to stick around for a whole game.

Very little. Veteran Sterling Shepard had a big game. Left tackle Andrew Thomas was invisible, which is very good after a horrible final preseason game. Defensive lineman Leonard Williams got a push at times and safety Logan Ryan had a forced fumble and recovery on the same play to end a scoring drive.

The coaching staff. Judge challenged a touchdown — you can’t do that — and lost a timeout. Offensive coordinator Jason Garrett wasn’t very imaginative and defensive coordinator Pat Graham had a bad day. Quarterback Daniel Jones needs to learn how to slide on his runs. He’s going to get hurt if he doesn’t.

Shepard was good in training camp and the veteran receiver was outstanding in the opener. He finished with seven catches for 113 yards, including a 37-yard touchdown pass play. Jones targeted him a team-high nine times. After not playing in any preseason games, Golladay had four catches for 64 yards.

After a great first season running the defense, Graham either had a bad plan or his players didn’t execute it. Denver offensive coordinator and former Giants coach Pat Shurmur found a multitude of places for Bridgewater to throw the ball to open receivers. Bridgewater finished 28 of 36 for 264 and two TDs. A wide-open KJ Hamler also dropped a 50-yard TD pass in the end zone after getting past Jackson.

New York escaped the game without any serious injuries. The one concern remains Pro Bowl tight end Evan Engram. He injured a calf in the final preseason game and missed the opener. Rudolph replaced him and had two catches for 8 yards. Basically, that’s very little from the tight end spot, which has been a major provider for the offense in recent years. Engram’s status for Thursday night’s game is iffy.

35:08 — When the opposition has the ball for more than 35 minutes, the chances of winning are not good. The Giants had problems on both sides of the ball. The defense saw the Broncos convert on 10 of 18 chances on third and fourth downs. The Giants had 314 yards, but 64 came on a game-ending touchdown drive.

The defense has to start getting off the field. They were close to getting to Bridgewater on several plays only to see him escape and complete a pass. The O-line has to do a better job on the run. Netting 60 yards on 20 carries is not going to cut it, especially when Jones leads the team with 27 yards on six attempts. 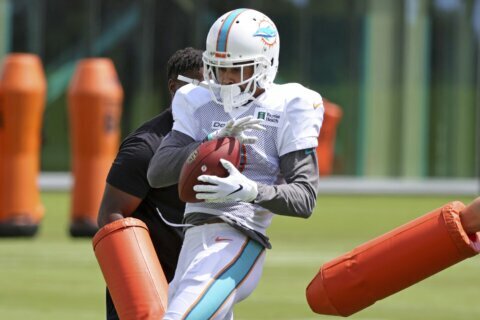 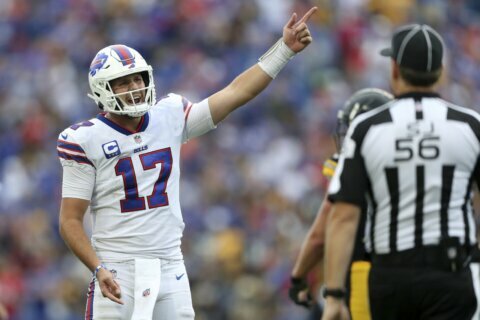