COSTA MESA, Calif. (AP) — Rashawn Slater solidified himself as one of the top offensive linemen in college with his dominating performance against Chase Young in 2019.

Two years later, Slater’s first assignment in the NFL will be to contain Young again when the Los Angeles Chargers face the Washington Football Team on Sunday in the season opener.

Slater was the 13th overall pick in April’s draft and will get the start at left tackle in his NFL debut as part of a rebuilt Chargers offensive line. They will face a stout WFT defensive line that is led by Young, who is the reigning NFL Defensive Rookie of the Year.

“I’m excited. Thankfully, we had preseason. I feel like that first scrimmage we had at SoFi Stadium, and then playing against the Rams, really helped me get that anxiety out from playing in a (NFL) stadium for the first time,” Slater said. “Right now, I’m excited and ready for the season to finally start and see what this team is going to do.”

Slater didn’t allow a sack at Northwestern in 2019, but the first highlights many saw during the draft process was how he contained Young when the Wildcats faced the Buckeyes. But a lot has changed since then. Slater opted out of his senior season at Northwestern last year due to the coronavirus. Young had a dominant rookie season in the NFL with 7.5 sacks and helped get Washington to the postseason for the first time since 2015.

Slater also realizes that Young is a different player since the last time they faced each other.

“He’s added more to his toolbox. He’s a lot smoother,” Slater said. “He’s taken big steps since coming up to the NFL. He’s a much more refined player than I saw in college. I’m excited to do that again. It’s really cool to be able to have that matchup — someone I’ve gone against — in my first game. I’m excited about it.”

Slater has impressed teammates with his ability to quickly adjust from his mistakes. Outside linebacker Joey Bosa — who noted his pass rushing technique has some similarities to Young’s — said he had a good camp after going against Slater daily.

Slater has also picked up pointers from the rest of the offensive line, including center Corey Linsley and right tackle Bryan Bulaga. While Linsley and Bulaga did not play during the preseason, Slater saw action during the first game against the Rams but was sidelined after that due to a back injury.

The selection of Slater was part of a massive offseason rebuild of the offensive line. Linsley, guards Matt Feiler and Oday Aboushi were signed during free agency to fortify a unit that was one of the worst in the league last season. The Chargers allowed 201 pressures last season, which was the second most in the league. Bryan Bulaga, who was signed as a free agent last season, is the only returning starter but has battled injuries throughout training camp.

Sunday though will mark the first time that all five have played together in a game. Lombardi though thinks that they have had plenty of snaps during training camp to become a cohesive unit.

“I’m pretty confident in that group. I always have anxiety about everything, but I feel confident in that group coming together,” offensive coordinator Joe Lombardi said. “I’m really excited to see (Slater) play. He’s drawn a tough hand for this first game. I think that he’s a mentally tough guy. We think that he’s going to battle and do a good job. I’m sure whoever he’s blocking will win their share, too, but I feel fortunate to have him manning our left side.” 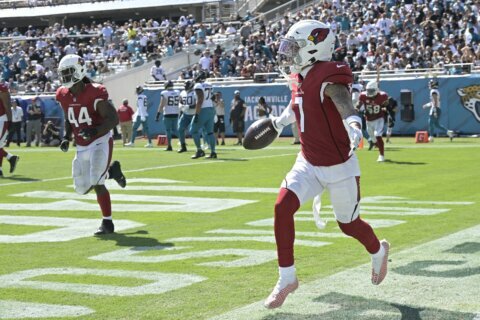 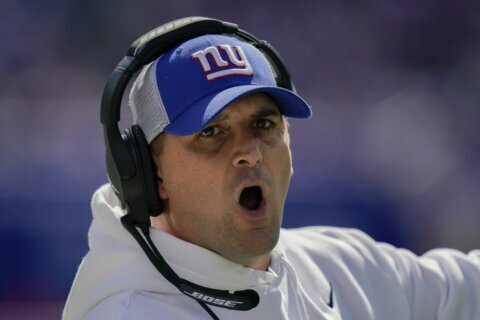