On Dec. 30, 2000, Dave Wannstedt and Jay Fiedler helped Miami beat the Indianapolis Colts in overtime in a wild-card game. Since that victory, the Dolphins have lost 176 games, a stretch that includes 10 coaches, 21 starting quarterbacks and an 0-4 postseason record.

For a franchise that once celebrated Dan Marino, Don Shula and the NFL’s only perfect season, a drought about to turn 21 can be especially tough to swallow. Only the Bengals (1990) and Lions (1991) have gone longer without a postseason victory.

But early September is a time for optimism. Every team is undefeated, even the Dolphins.

“The sky is the limit for us,” All-Pro cornerback Xavien Howard says. “I see a lot of great things going on.”

In 2020, the Dolphins had a better team but bad luck. They doubled their win total in Year 2 under coach Brian Flores, and improved their point differential by 254 points to plus-66, their best since 2002.

Alas, they also became the first 10-win team to miss the playoffs since the 2015 New York Jets.

Continued improvement hinges largely on the development of second-year quarterback Tua Tagovailoa, who has appeared more decisive and aggressive with his throws in training camp. He endured an up-and-down 2020 season that included benchings in two games, and the rookie rarely took a shot downfield.

“His playbook was condensed to slants and bubbles,” Miami safety Eric Rowe says. “They really wouldn’t let him show his arm. Now in training camp they’re allowing him the opportunity to throw it deep. That’s what we need.”

They sure do: The Dolphins haven’t had a Pro Bowl quarterback since Marino was chosen for the ninth time in 1995. And recent speculation about an interest in trading for embattled Houston quarterback Deshaun Watson suggests the Dolphins aren’t fully sold on Tagovailoa.

“You just give him the ball in space and you let him work,” Tagovailoa said.

Waddle and top free agent acquisition Will Fuller give Miami more speed at wideout. They join a group that also includes DeVante Parker, who has led the team in receptions each of the past three years, and a talented set of tight ends led by Mike Gesicki.

It’s unclear how much help Tagovailoa will get from his ground game. Blocking is a perennial problem in Miami, and the line looks as unsettled as ever, while running backs Myles Gaskin, Salvon Ahmed and newcomer Malcolm Brown have combined for one career carry of more than 30 yards.

The Dolphins have changed offensive coordinators every offseason since 2017, and now Flores is going with two: George Godsey and Eric Studesville. The team has repeatedly declined to disclose who will have the final say with play-calling.

It will be a group effort, however, as will game-planning.

“Whether it’s co-coordinator, tight ends coach, quarterbacks coach, receivers coach, line coach, assistant, those guys have voices,” Godsey says. “We think that everybody’s voice should be listened to. Then at some point, we make a decision.”

And hope for better results. A big reason the Dolphins haven’t had success in January is because they haven’t ranked in the top 10 in offense since 1995.

The strength of the Dolphins’ defense is the secondary, where potential upheaval was avoided when Howard received a restructured contract after he had requested a trade.

Howard had 10 interceptions last season, the most in the NFL since 2007, and second-round pick Jevon Holland also shows takeaway talent.

“He finds the ball,” Howard said, “and the ball finds him.”

The Dolphins led the league in takeaways and third-down stops in 2020, but ranked in the middle of the pack in run defense.

“It’s tough to be a good defense, or the defense you want to be, if you can’t stop the run,” defensive tackle Christian Wilkins said. “We have to do that first. If you take care of that, it takes care of a lot.”

For most of the past two decades, a gap wider than Biscayne Bay has separated Miami from the best team in the AFC East. Now it’s Buffalo rather than New England.

The Dolphins have lost five in a row to the Bills, including 56-26 in last season’s finale, when Miami was playing for a playoff spot and Buffalo’s starters sat out the second half.

The teams meet in the Dolphins’ home opener Sept. 19, and at Buffalo on Oct. 31. 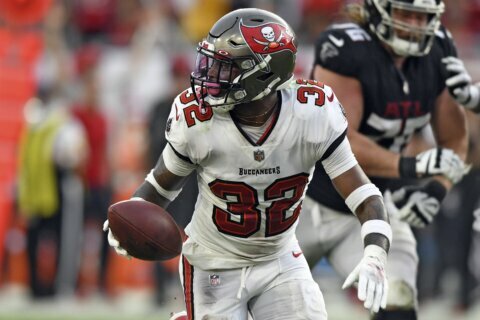 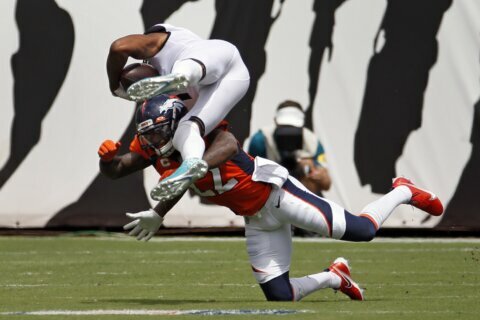