CLEVELAND (AP) — Jarvis Landry has pushed through the pain of numerous injuries throughout his durable NFL career. He finally succumbed to one.

Landry, who has missed just one game with an injury in nine years as a pro, could be sidelined for multiple weeks with a sprained medial collateral ligament suffered early in Sunday’s 31-21 win over Houston.

The five-time Pro Bowler got hurt while being tackled at the end of a 9-yard completion on Cleveland’s second offensive play.

Coach Kevin Stefanski said Monday that Landry will be “week to week” but provided no other specifics on a timeline for his return.

The 28-year-old didn’t suit up only one time due to injury. He also sat out one game last year as a close contact of someone who tested positive for COVID-19.

Landry said on Twitter that he’s been fitted with a knee brace. “Every Time I put this brace on somebody gon have to pay for it in the near future,” he wrote.

Stefanski did not rule Landry out for this week’s home game against Chicago. However, it’s unlikely Landry will be back quickly from this type of knee injury, which typically takes three to four weeks of recovery time.

Stefanski said “we’ll see” when asked if Landry can avoid going on injured reserve. Any player moved to IR must miss a minimum of three games.

The loss of Landry — for any length of time — is a blow to the Browns. He is a team leader, mentor to Cleveland’s young receivers and one of the league’s most consistent players.

“We lose a big-time leader, the mentality and a playmaker,” said running back Kareem Hunt. “I can’t wait for him to get healthy and get back out there. We are just going to have to keep him with us.

“Hopefully, he is going to be back soon. We are just going to go out there and play for him and be able to continue to keep winning.”

Before going down against the Texans, Landry had caught at least two passes in 111 consecutive games, the fourth-longest such streak in NFL history.

Replacing Landry isn’t easy, but the Browns do have some options while he’s out.

One of them is Odell Beckham Jr., who could be on the verge of returning after undergoing season-ending knee surgery in 2020.

Beckham was in line to start the opener at Kansas City, but he was inactive after he told Stefanski he wasn’t ready for the workload the Browns had planned for him.

Stefanski said Beckham’s situation “is not dependent” on the availability of any other players. Last week, Stefanski ruled Beckham out several days before the home opener.

“We’ll continue to bring him along and see when he’s ready to go,” Stefanski said.

Browns safety Grant Delpit, who went to LSU like Landry and Beckham, indicated his more famous teammate is ready.

It was believed Davion Davis might be an option for Cleveland, but the team waived him Monday after his two-game league suspension for violating the substance abuse policy ended. Davis came on strong during training camp and the preseason to earn a roster spot.

While the Browns will miss Landry and don’t yet know about Beckham’s availability, Hunt is confident he and his teammates can’t succeed.

“I feel like we’ve got a bunch of playmakers on this team,” he said. “I feel like we’ll be able to carry the load and hold it down till either one of them get back. So the sooner the better, but it is what it is, I don’t want them rushing, just take their time.” 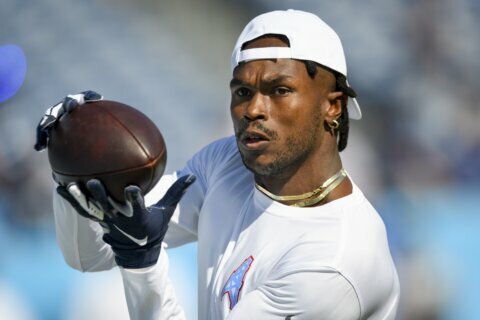 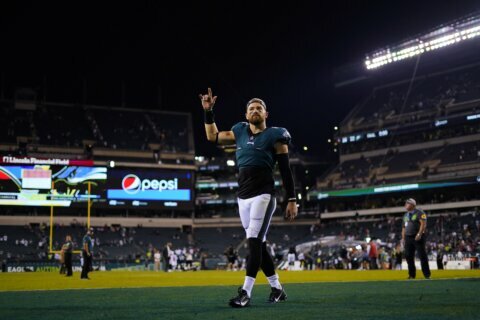 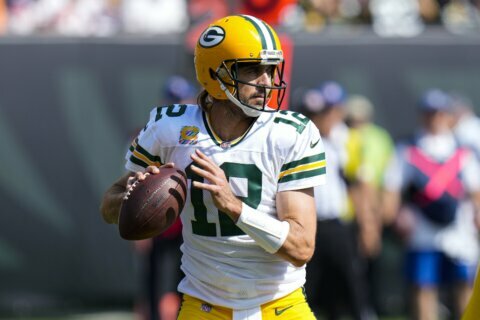