ENGLEWOOD, Colo. (AP) — Malik Reed missed practice Friday to deal with a personal issue but will be back this weekend to resume his role as the Denver Broncos’ ultimate fill-in.

It’s hard to think of the third-year outside linebacker as a backup — he’s started more games (22) than either Von Miller (17) or Bradley Chubb (19) since entering the league as an undrafted free agent out of Nevada in 2019.

Reed led the team with eight sacks in 2020 when Miller missed the entire season with an ankle injury and he filled in as a rookie the year before after Chubb blew out a knee a month into the season.

“Really, the past two years have being like, be ready for any opportunity, wherever it presents itself,” Reed said.

Reed already has one start this year, subbing for Chubb in the opener. He also relieved him last weekend after an ankle injury sent Chubb to the sideline in the second quarter of Denver’s 23-13 win at Jacksonville.

Chubb underwent surgery Wednesday to remove bone spurts from his left ankle, the same surgery he had on his right ankle in May. He’s expected to miss six to eight weeks.

Like Shaquil Barrett before him, Reed has won over fans as a player who was overlooked in the draft but who at times has been every bit as impressive as top-5 picks Miller and Chubb.

“They have two totally different playing styles,” Miller said of Reed and Barrett, his former teammate who bolted to the Buccaneers two years ago. “But Malik has done everything to show people that he’s a starter in this league.

“Malik’s resume is crazy just like Shaq’s was. He’s definitely shown the whole National Football League that he’s a starter. That should pay off financially for him in a year or two, and maybe even after this year.”

“Malik has the full package,” Miller said. “He can rush the passer; he can play the run. He’s started in this league multiple times, and he’s a force. You have to look for him whenever he’s on the football field.”

Reed, who registered his second career fumble recovery in the opener against the Giants, said he’s benefitted from playing opposite Miller or Chubb.

“They’re both phenomenal, great players, and they both have great leadership styles,” Reed said. “To have a person like Von and Chubb on the other side of you, you know they’re going to get a lot of the attention, so it just frees up more opportunities for me. That’s a blessing to have.” 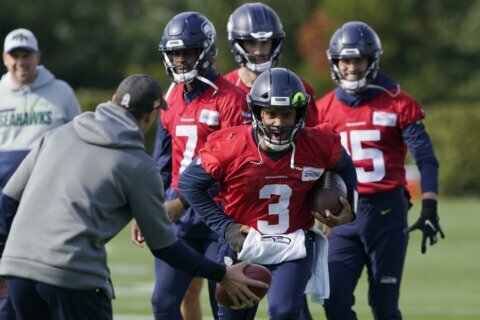