Peoples-Jones saying little, but is the talk of Browns camp

And it’s not Odell Beckham Jr.

Donovan Peoples-Jones has been Cleveland’s most impressive offensive player so far this summer, taking advantage of Beckham being out while he recovers from knee surgery to make a name for himself.

He’s the talk of camp, but Peoples-Jones isn’t much of a talker or self-promoter.

“I feel pretty good,” he said Friday with one of the many short and direct answers he gave during an interview following the pre-practice walk-through.

With Beckham being held out of team drills to this point, Peoples-Jones is taking advantage of getting extra snaps with Cleveland’s first unit and has emerged as another playmaker on an offense with no shortage of them.

He beat cornerback A.J. Green with a double move on a sideline route, snagged a pass from Baker Mayfield in stride and went 70 yards for a touchdown pass while firing up Browns fans on hand to see a team with Super Bowl hype.

A sixth-round pick in 2020 after completing an unsatisfying stint at Michigan despite being a highly touted recruit, Peoples-Jones had just 14 catches for 304 yards and two touchdowns as a rookie.

But one of them came after Beckham suffered a torn anterior cruciate ligament in Week 7 at Cincinnati. The Browns needed him to step up and he did, catching his first three passes, including a 24-yard game-winning TD with 11 seconds left.

“He came up big for us in moments last year,” coach Kevin Stefanski said. “A really smart player, a conscientious kid who we could put in there and trust him to do the job. He certainly earned our trust over the course of time.”

Peoples-Jones has size, straight-line speed (4.48 second 40) and good hands. The Browns used him on punt and kickoff returns last season, and he might be in line for those duties again, depending on when Beckham returns.

He runs precise routes, and Peoples-Jones has put an emphasis on becoming a more consistent receiver in tight coverage.

“That’s something that Donovan has worked extremely hard on is his ability to make contested catches,” said wide receivers coach Chad O’Shea. “He’s got good strength, that’s one of his characteristics within his skill set that is in his favor, and he needs to play to that.”

Peoples-Jones has also impressed teammates with his strong start to camp.

“Hard worker and a special player,” said running back Kareem Hunt said. “He’s definitely a bigger receiver and he can block. He can catch. He’s fast.”

Don’t expect Peoples-Jones to brag about himself or comment on why other teams passed on him and the Browns didn’t.

One thing is certain, he’s giving the Browns another option at wide receiver — for now or later.

NOTES: Browns LB Mack Wilson said he felt so down after suffering an injury and struggling last season that he considered retirement. Wilson has been having a solid camp and credits the birth of his son this week as a primary motivator. … Stefanski said DE Takk McKinley, who was out sick earlier this week, was excused from Friday’s practice for personal reasons. … The Browns signed RB Corey Taylor and waived RB Tre Harbison with injury designation. He sustained a concussion in practice Tuesday. 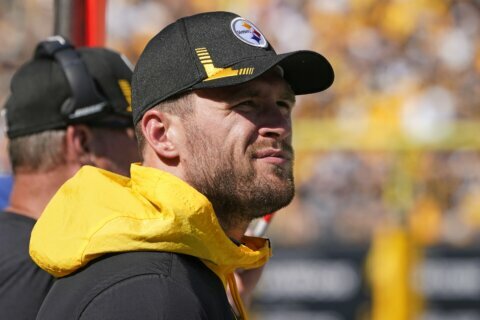 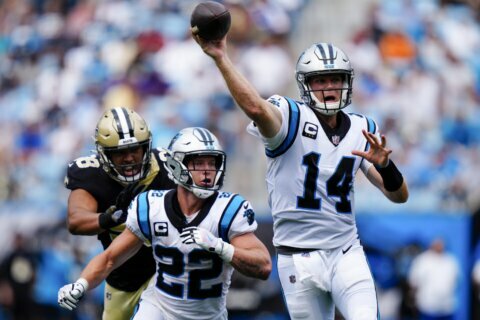