JACKSONVILLE, Fla. (AP) — Travis Etienne was supposed to be a game-changer for the Jacksonville Jaguars this season. He might…
Listen now to WTOP News WTOP.com | Alexa | Google Home | WTOP App | 103.5 FM

JACKSONVILLE, Fla. (AP) — Travis Etienne was supposed to be a game-changer for the Jacksonville Jaguars this season.

He might not have had the same impact as rookie quarterback Trevor Lawrence, but Clemson’s other offensive star and the Atlantic Coast Conference’s all-time leading rusher looked like he would be a prominent figure — maybe even the go-to guy — in coach Urban Meyer’s offense.

Matchup nightmare? Versatile weapon? Big-play threat? Etienne was expected to provide all those and more after Jacksonville chose him with the 25th overall pick in April’s NFL draft.

Now, though, Meyer and the Jaguars will have to wait a year to see what Etienne can do in the NFL. The team placed the running back on injured reserve Tuesday, one day after he suffered a Lisfranc injury to his left foot. Etienne sprained his foot during Monday night’s loss at New Orleans.

Tests revealed the extent of the injury Tuesday. He is expected to have surgery as soon as possible. He may have been able to return late in the year, but the Jaguars opted to take a cautious approach and give him plenty of time to recover before the 2022 season.

Since Etienne landed on IR before 53-man rosters get set next Tuesday, he can not return this season.

Losing Etienne is a significant setback for the Jaguars, who planned to use him to create mismatches as a receiver in the slot and as a change-of-pace back.

Etienne tallied 4,952 yards in four seasons at Clemson. He also set ACC records for rushing touchdowns (70), total touchdowns (78) and points scored (468). He scored at least one touchdown in 46 of 55 career games, and the Jaguars were counting on him to have similar success as a rookie.

He was essentially uncoverable out of the backfield in training camp and one of Lawrence’s favorite targets near the goal line.

Etienne also had been part of a three-back rushing attack for Jacksonville, sharing carries with starter James Robinson and backup Carlos Hyde. But Etienne has more speed and elusiveness than either of the other two and would have played a major role.

Replacing Etienne won’t be easy, if even possible. Jacksonville has no one on its roster with his skillset.

He’s the latest in a long list of first-round picks by the Jaguars to have varying issues in Year 1. Receiver Justin Blackmon was arrested in 2012. Defensive end Dante Fowler blew out a knee in rookie camp in 2015. Running back Leonard Fournette struggled to pick up the offense in 2017. And cornerback CJ Henderson missed half of the 2020 season with injuries. 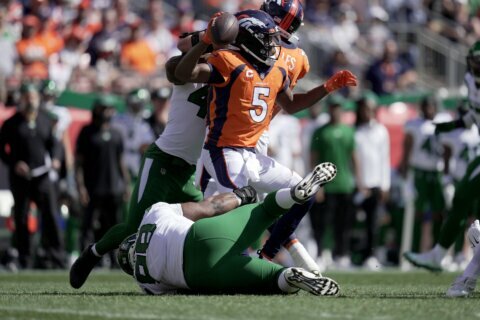 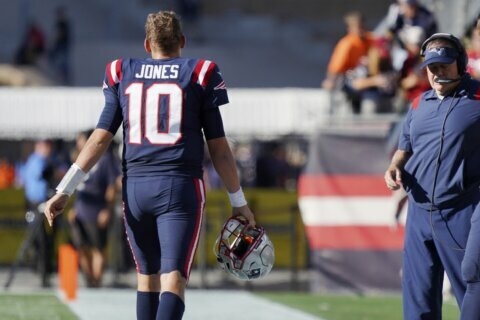 Patriots have much to fix with Tom Brady looming next 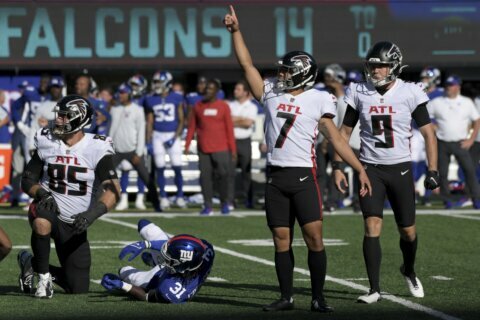