Browns star Garrett out with hamstring injury, Walker back

BEREA, Ohio (AP) — Browns All-Pro defensive end Myles Garrett is dealing with a hamstring injury and could miss some time.

Coach Kevin Stefanski didn’t provide any specifics on Garrett’s injury, but said he’ll be held out of Tuesday’s practice and is day-to-day going forward.

The Browns play their exhibition opener on Saturday in Jacksonville. Stefanski would not say if Garrett will be able to go, adding “we’ll talk about who’s playing, that plan, later in the week.”

The 25-year-old Garrett missed two games last season after contracting the COVID-19 virus. He struggled with his breathing after returning, and finished with 12 sacks in 14 games. However, Garrett only had three sacks in his last seven games.

To this point, Garrett had been having a strong training camp, and the Browns are excited about pairing him up front with Jadeveon Clowney, who signed a one-year, free-agent contract with Cleveland.

While Garrett is sidelined for an indeterminate period, starting middle linebacker Anthony Walker Jr. returned on a limited basis after missing a week with a knee injury.

Stefanski said Walker, who will call defensive signals this season, will do individual drills before ramping up his activity. The Browns signed Walker this off-season after he spent four seasons with Indianapolis. 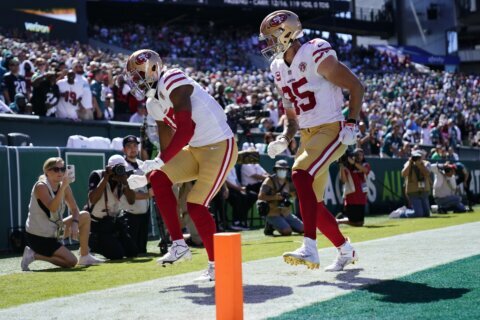