Davis had an edge over many of his new teammates. He could pack light for a short drive.

“This is all I have, my backpack,” the running back said. “Home is nothing but 30 or 50 minutes from here.”

Davis, a native of Stone Mountain, Georgia, in metro Atlanta, was the biggest addition for the cost-cutting Falcons in the offseason. He signed a $5.5 million, two-year deal after leading Carolina with 642 yards rushing and six touchdowns last season.

Davis was the perfect fit for an Atlanta team looking to energize its lackluster running game.

“I feel like everybody always dreams of playing at home,” Davis said. “Growing up, I was a Falcons fan. Alge Crumpler, (Michael) Vick, I’ve seen everything growing up. So of course the Falcons were my dream team and to actually play for the Falcons is a dream come true.”

The Falcons are starting over at running back after finishing next-to-last in the league with their average of 3.7 yards per carry, ahead of only Pittsburgh’s 3.6. Atlanta did not bring back its top three running backs — Todd Gurley, Brian Hill and Ito Smith.

Qadree Ollison, a 2019 fifth-round pick, and Cordarrelle Patterson, also a wide receiver and return specialist, are among the other candidates to earn playing time at running back.

The need to develop a running game ranks as one of the training camp priorities for first-year coach Arthur Smith. He directed a productive ground game at Tennessee, led by 2020 and 2019 NFL rushing leader Derrick Henry.

When he was hired by Atlanta, Smith said the Titans’ rushing production was the result of “playing to the strengths of your players.”

“We had Derrick Henry in Tennessee,” Smith said. “There’s only one Derrick Henry. Certainly think we’re not going to go find the next Derrick Henry. We’ll adapt to the players we have here in Atlanta.”

The rebuilding task for Smith was further defined by last month’s trade of wide receiver Julio Jones to the Titans for draft picks, including a 2022 second-rounder.

Without Jones, the Falcons’ career leader in catches and receiving yards, Calvin Ridley enters camp as the No. 1 receiver. The trade of Jones also opens more room for rookie tight end Kyle Pitts, the No. 4 overall selection in the NFL draft, to join Ridley as a top target for quarterback Matt Ryan.

The Falcons drafted Pitts instead of an eventual replacement for Ryan, 36, who remains durable and productive. The Falcons must develop a new backup for Ryan in camp after Matt Schaub retired. AJ McCarron enters camp as the probable backup.

NOTES: The Falcons released RB Tony Brooks-James on Monday when they signed OLB Emmanuel Ellerbe and OT Jason Spriggs. Spriggs was a second-round pick by Green Bay in 2016 who played in eight games with Chicago last season. … The team’s first training camp practice is scheduled for Thursday. 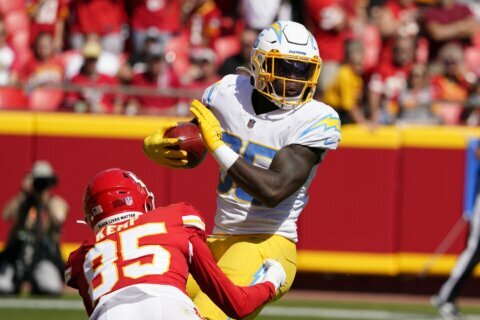 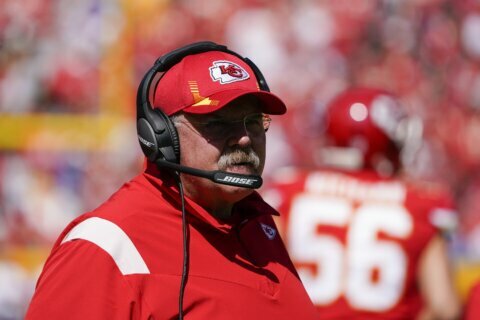