EAGAN, Minn. (AP) — Starting just his fourth NFL season, Brian O’Neill has suddenly found himself as one of the senior members of Minnesota’s oft-fluctuating offensive line.

Entering the final year of his rookie contract, O’Neill is likely the next player on the roster in line for an extension so the Vikings can keep him from reaching free agency.

He won’t come cheap. The increased necessity of reliable pass protection has elevated around the league the status and value of right tackles like O’Neill in a league where left tackles used to be the only position on the line that commanded the true megadeals. Just this month, right tackles Ryan Ramczyk (New Orleans, $96 million) and Taylor Moton (Carolina, $71 million) have drawn new contracts that have reset the market.

O’Neill, who was drafted in the second round out of Pittsburgh in 2018, couldn’t hold back a smile when asked if those recent deals had caught his eye.

“But once again, you can’t worry about that. There’s people that handle that,” O’Neill said.

Vikings coach Mike Zimmer must also defer to the front office and O’Neill’s agents to reach an agreement on an extension, but when asked this week about the situation he said the team would “love to get Brian done” — ideally before the regular season.

“He’s a great kid. He’s very competitive,” said Zimmer, recalling the way O’Neill ramped up his intensity in practice about a quarter of the way through his rookie year to take over a starting spot for good. “The intensity he has inside himself, and now being more of a leader, I think that’s helping quite a bit.”

There’s still room for him to improve, of course, but his ability made it easier for the Vikings to release left tackle Riley Reiff for salary cap savings this spring. They’ll need O’Neill to be a mentor of sorts now to rookie Christian Darrisaw, who’s being brought along slowly after offseason groin surgery but was drafted in the first round to be the next left tackle. Veteran Rashod Hill will take that spot until Darrisaw is deemed ready.

O’Neill has his own challenges to focus on, even in practice, now that standout defensive end Danielle Hunter has returned from the neck injury that kept him out for the entire 2020 season. The youngest player in NFL history to reach 50 career sacks is the pass rusher that O’Neill most often has to block on the practice field.

“He’s just bigger, stronger, faster, quicker and more skilled than 99% of the people out there. But then he’s also willing to talk to you about things that happen. So if he beats you, I can ask him questions. Like, ‘This is what I saw. This is what you did that made me react this way,’ and he’s not afraid to lift you up when you do something good, too.” 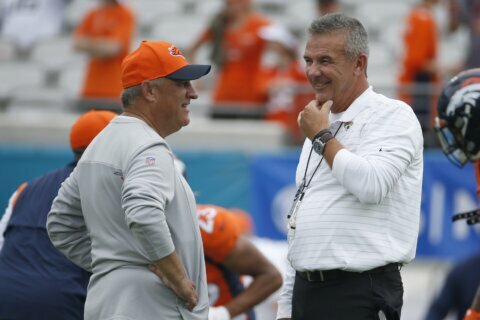 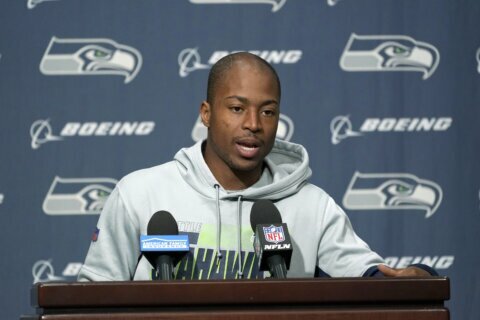 Seahawks’ Lockett shies away from attention after hot start 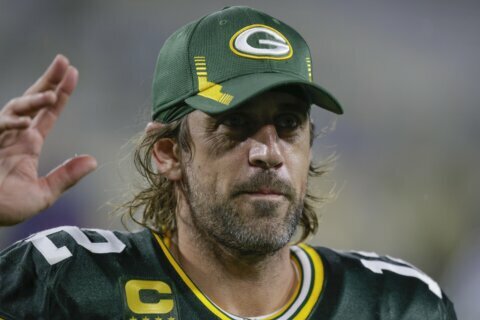 Rodgers preps for 49ers, who asked about him before draft