ST. JOSEPH, Mo. (AP) — The Chiefs could have stood pat after their second consecutive AFC championship, trusting in the fact that Patrick Mahomes would be their quarterback, Andy Reid their coach, and they would remain contenders for the foreseeable future.

Instead, they tore most of their roster down to the studs and painstakingly pieced it back together.

They should have an entirely different offensive line from the mismatched bunch of backups that was manhandled by the Buccaneers in a Super Bowl fiasco. They should have a vastly improved defensive line, which should in turn help their dire performance in the red zone. And they have added speed to an already quick roster across the board.

“We have a lot of new faces,” Reid acknowledged at the conclusion of the offseason program. “I like the attitude of the guys. They’ve come in ready to work. … They’ve got a good mindset. As coaches, we appreciate that.”

Reid also appreciates the aggressive moves that general manager Brett Veach made in free agency and the draft.

The overhaul began and ended with the offensive line, where the guys tasked with protecting the Chiefs’ half-billion dollar quarterback have more pressure on them than perhaps any group of five players anywhere.

They traded for Pro Bowl left tackle Orlando Brown Jr., signed stalwart left guard Joe Thuney, added competition at center with Austin Blythe, then landed a pair of potential starters in the draft in Oklahoma’s Creed Humphrey and Tennessee’s Trey Smith. They also will get back right guard Laurent Duvernay-Tardif from his opt-out year treating COVID-19 patients in his native Canada, and third-round pick Lucas Niang, who opted out of his rookie season a year ago.

No wonder Mahomes seemed to be smiling everywhere he went this offseason.

“Obviously they’re super talented,” said Mahomes, who had surgery for turf toe after the Super Bowl but was back on the field in time to take first-team reps during voluntary workouts and the Chiefs’ mandatory minicamp.

“We have a lot of depth,” Mahomes continued, “and a lot of guys that can fill in here and there. We have guys who can play which is always good. I think the biggest thing is that if you didn’t know and you just walked into this locker room and saw those guys, you would think that they grew up together. The chemistry that they’ve built already, it’s tremendous.”

That doesn’t mean there aren’t questions on both sides of the ball as Mahomes joins select veterans and rookies in reporting to the Chiefs’ training camp home at Missouri Western State University on Friday.

On offense, the Chiefs lost wide receiver Sammy Watkins to free agency and swung and missed at a number of high-profile free agents, leaving them without a polished No. 2 wideout behind Tyreek Hill. Mecole Hardman and Demarcus Robinson will have the first shot, and Byron Pringle and Antonio Callaway also will have more opportunities in camp.

“I think a lot of guys had a really good OTAs and a really good minicamp,” Mahomes said. “I have the ultimate trust in them that no matter who’s in the game, we’re going to make some plays happen.”

On the other side of the ball, the pass rush remains a giant question mark after top defensive end Frank Clark was arrested twice over the offseason. Clark faces an Oct. 4 arraignment and plea hearing in Los Angeles after prosecutors charged him with felony gun possession, and his availability for the upcoming season remains uncertain.

The Chiefs hope defensive tackle Chris Jones can move outside after the signing of free agent Jarran Reed, but he’s yet to prove he can provide the same pass rush from that position. They also added Florida State pass rusher Joshua Kaindoh, who has all the right measurements but whose college performance was inconsistent.

In the defensive backfield, all eyes are on star safety Tyrann Mathieu, whose contract is coming to an end but who’s made it clear he wants to remain in Kansas City. Whether a deal gets done before season is anybody’s guess.

“I feel like I can play football anywhere,” he said, “but when you develop certain relationships with certain people, these people become a part of your life. … So I can’t see me ever walking away from that relationship. I’ve been through a lot in my life, so for me, I think I’m holding onto certain relationships. I think that kind of outweighs any monetary things.” 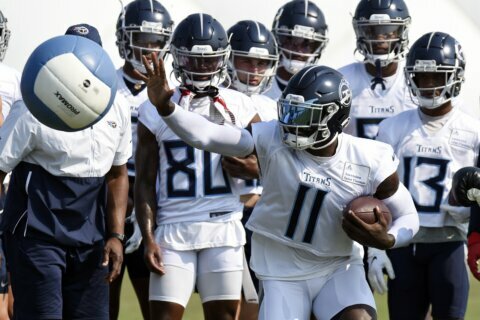 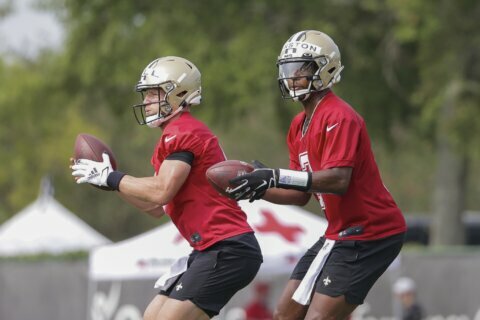 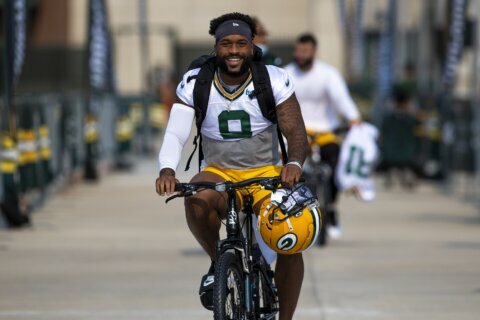