FOXBOROUGH, Mass. (AP) — The Patriots opened their mandatory three-day minicamp Monday with their starting quarterback back from an injury, but one of their key cogs on defense was noticeably absent.

Cam Newton participated without restriction after missing the team’s final three voluntary workouts last week with a hand injury. But Stephon Gilmore, the team’s top cornerback and the 2019 NFL defensive player of the year, was one of several players missing.

Gilmore, who skipped the team’s recent 10 voluntary workouts, is entering the final season of the five-year, $65 million deal he signed in 2017. He is scheduled to earn a base salary of $7 million this season and is in line to receive an additional $500,000 roster bonus. But that $7.5 million would rank him 25th among NFL cornerbacks in 2021.

Coach Bill Belichick downplayed the absence of Gilmore and others, saying that weather issues had affected some travel plans.

“We’re working through some travel arrangements, so we’ll see what the full level of participation is here today and for this week,” Belichick said.

He added that he expected “a pretty full roster” over the next three days.

“There’s a lot of players we haven’t seen in (organized team activities),” Belichick said. “All the players are important and we’d like to see all of them.”

Gilmore has anchored New England’s secondary since arriving as a free agent from Buffalo and has 11 interceptions in his four seasons with the Patriots.

But the 30-year-old is coming off a season in which he tied a career low with only one INT and appeared in just 11 games after missing time due to a COVID-19 diagnosis and then going on season-ending injured reserve with a quadriceps injury.

Despite losing safety Patrick Chung to retirement, the Patriots did bolster their secondary this offseason. Defensive back J.C. Jackson, who led the team with nine interceptions last season, re-signed, and the team also added Jalen Mills.

An extended holdout by Gilmore, however, could stunt the chemistry-building process of a unit that also added several new pieces up front in free agency, including defensive tackle Davon Godchaux and edge rusher Matt Judon.

“I support my brother. I wish he was here,” Phillips said. “But I support him all the same. What he has going, whenever he gets back he’ll let you know how that went. But that’s my guy. We all keep in contact with each other.”

NOTES: Linebacker Dont’a Hightower is also entering the final season of his four-year, $35.5 million contract but was back on the field for the first time since opting out of the 2020 season because of COVID-19 concerns. “It was good to see High,” Belichick said. “High’s worked right in very quickly. He’s obviously a smart player with a lot of experience and has a lot of leadership force on the team.” . … Other notable players absent from Monday’s session were defensive end Chase Winovich, defensive lineman Byron Cowart, linebacker Terez Hall, and defensive end Rashod Berry. 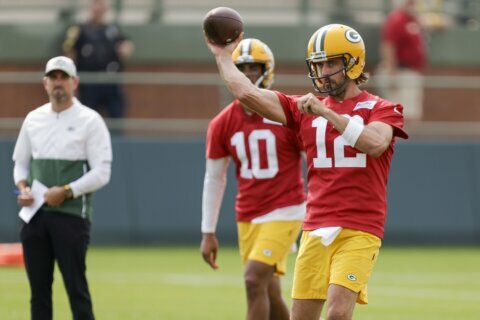 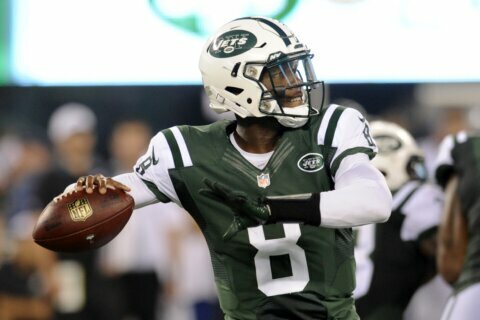 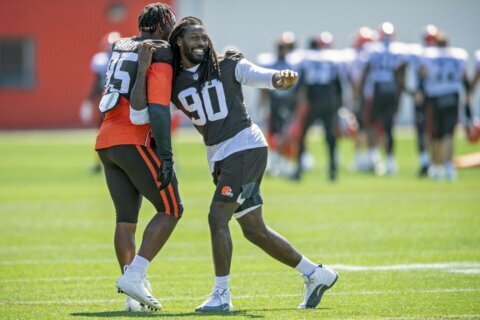