NEW YORK (AP) — The New York Jets have signed defensive lineman Ronald Blair, a favorite of coach Robert Saleh from their days together with the San Francisco 49ers.

The addition of Blair on Tuesday bolsters a defensive line that is considered a strength of the Jets. New York added defensive ends Carl Lawson and Vinny Curry, and defensive lineman Sheldon Rankins in free agency to a unit that already included Quinnen Williams, Folorunso Fatukasi, John Franklin-Myers and Nathan Shepherd.

The Jets waived defensive lineman Sharif Finch to make room on the roster for Blair.

The 28-year-old Blair had 13 1/2 career sacks in 47 games over five seasons with the 49ers, but has also dealt with knee injuries since being a fifth-round pick out of Appalachian State in 2016. He spent some time on injured reserve in 2017 with a thumb injury. Blair hasn’t played since 2019, when he tore the ACL in his right knee in Week 10. He spent all last season on the reserve/physically unable to perform list after having a setback in his recovery and needing another surgery.

But Blair still made a strong impression on Saleh during their four seasons in San Francisco.

Blair has 88 career tackles, 22 tackles for loss, 27 quarterback hits, one forced fumble and one fumble recovery.

Finch was signed to New York’s practice squad in the middle of last season after being released by Chicago. He was active for the Jets’ final three games and had one special teams tackle. 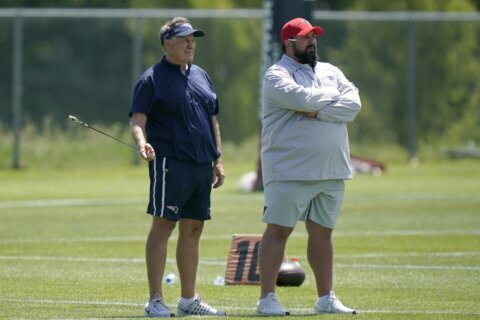 Belichick not expecting Gilmore to attend minicamp this week 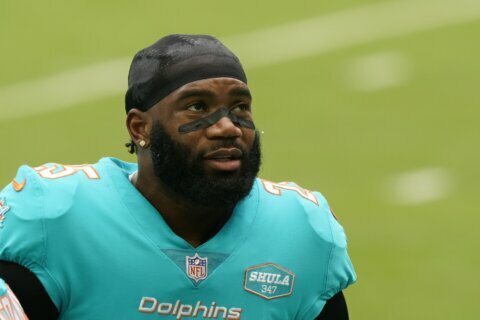