The Bears landed their quarterback of the future when they traded up nine spots with the New York Giants to take the Ohio State star with the No. 11 overall pick. They have him working with the second team for now behind veteran newcomer Andy Dalton, who signed a one-year contract in March, but the question is for how long.

Fields was a Heisman Trophy finalist in 2019 and the Big Ten Offensive Player of the Year each of his two seasons at Ohio State after transferring from Georgia. He threw for 5,373 yards, 63 touchdowns and nine interceptions for the Buckeyes.

The Bears are counting on Fields to deliver in a way Mitchell Trubisky never did after being drafted with the No. 2 overall pick in 2017, and to solidify a position that has historically been a sore spot for them.

The Bears opted not to exercise their fifth-year option on Trubisky for 2021 prior to last season. He then got benched in favor of veteran Nick Foles for part of the year and wound up signing with Buffalo to back up Josh Allen.

The Bears have signed six of their seven draft picks. The only remaining unsigned selection is second-rounder Teven Jenkins﻿, an offensive tackle from Oklahoma State. 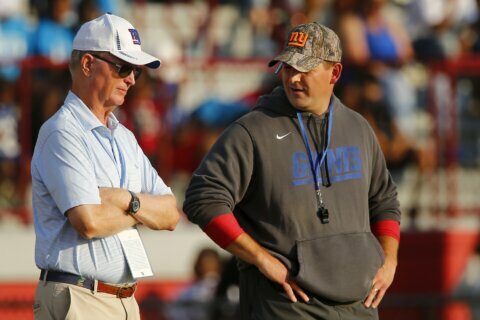 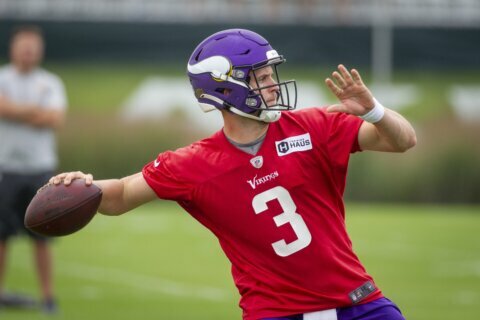 Browning ‘taking charge’ of Vikings, with other QBs absent