Green Bay Packers general manager Brian Gutekunst says the team remains committed to quarterback Aaron Rodgers “for the foreseeable future” one year after trading up in the first round to draft the three-time MVP’s potential successor.

“Aaron’s our guy,” Gutekunst said Monday in his pre-draft Zoom session with reporters. “He’s going to be our quarterback for the foreseeable future. We’re excited about kind of the things we’re going to try to accomplish here over the next couple years.”

The Packers sent the Miami Dolphins the No. 30 overall selection and a fourth-round pick in last year’s draft to move up to the No. 26 spot and take Utah State quarterback Jordan Love. Rodgers acknowledged later the move took him by surprise and complicated his hopes of finishing his career in Green Bay.

Late last season, Rodgers referred to his future as a “beautiful mystery.” In his news conference after the NFC championship game loss to the Tampa Bay Buccaneers, Rodgers said “there’s a lot of guys’ futures that are uncertain, myself included.” Gutekunst said shortly afterward that the Packers intended to keep Rodgers beyond the 2021 season.

But the Packers haven’t restructured Rodgers’ contract, a move that could show their commitment to him beyond the upcoming season. Rodgers has three years remaining on the four-year, $134 million extension he signed in August 2018.

The way Rodgers’ contract is currently structured, the Packers could clear about $22 million in cap space by moving on from him after the 2021 season.

Without getting into specifics, Rodgers noted that Rodgers’ contract situation is one of “a lot of different things” the Packers have discussed as they deal with their salary cap constraints.

Green Bay’s salary cap issues explain why long snapper Joe Fortunato is the only free agent the Packers have signed this offseason, though they did agree to lucrative long-term deals with All-Pro offensive tackle David Bakhtiari, defensive tackle Kenny Clark and running back Aaron Jones over the past year before those three players could enter the free-agent market.

“It’s very important for us to work through the next two years to get this salary cap thing right,” Gutekunst said. “We will have to address many contracts over the next four or five months to kind of get under the cap for the season, and that’s certainly one we will probably address as well.” 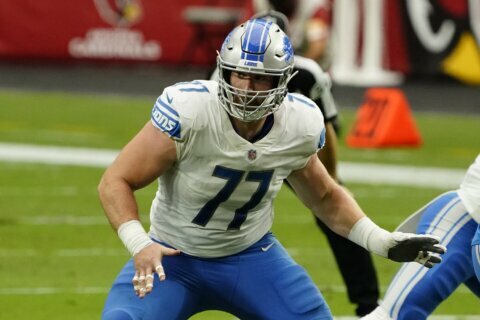