Geno Hayes, a former NFL linebacker who starred at Florida State, has died. He was 33.

The Tampa Bay Buccaneers confirmed his death Tuesday. He had liver disease and had been in hospice care at his parents’ home in Valdosta, Georgia.

Hayes spent four seasons with the Bucs, who drafted him in the sixth round in 2008. He then played one year with Chicago and two with Jacksonville.

“Geno was a beloved teammate and often the first player to volunteer his time to our efforts in the community,” the Bucs said in a statement. “He frequently visited schools and had a remarkable ability to connect with children. Losing him at such a young age is heartbreaking.”

“I saw Geno’s passion and love for not only football but for life itself,” Saleh said in a statement. “He was an amazing person who left a mark on everyone who had the pleasure of connecting with him.”

Hayes started 70 games for his career. He made 401 tackles, 48 for losses. He had 10 sacks, six interceptions and six forced fumbles.

In an interview with ESPN this year, Hayes said he was diagnosed with chronic liver disease two years ago and had been placed on a waiting list for a transplant at the Mayo Clinic and Northwestern Medicine.

Hayes was at two-year starter at Florida State. He famously called out Florida quarterback Tim Tebow before the rivals squared off in Gainesville in 2007, saying the Heisman Trophy front-runner was “going down.”

Hayes insisted the Seminoles would “shatter his dream for the Heisman.”

Florida won 45-12, with Tebow accounting for five touchdowns. Hayes finished with one tackle and was booed as he ran off the field and cursed at reporters. The exchange was one reason the Gators stopped allowing reporters on Florida Field after games.

Hayes told ESPN he believes his use of over-the-counter pain medications while in the NFL, as well as his family’s history of liver disease, led to his condition.

He is survived by his parents and two children, ages 8 and 13. 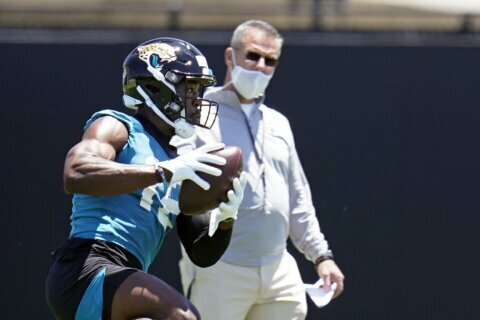 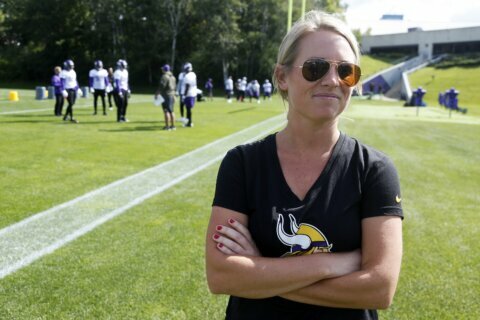 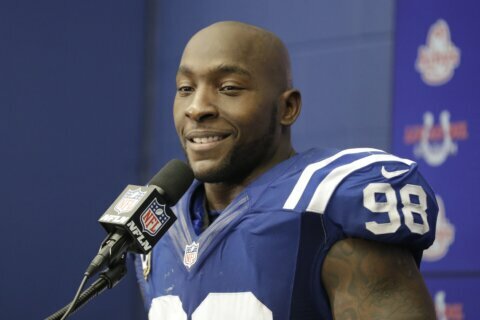