St. Bernard Parish sheriff’s deputies responding to a call for medical assistance in Meraux on Saturday evening found a man who said he had been assaulted by an acquaintance outside a business in Chalmette, Sheriff James Pohlmann said Monday in a post on the agency’s Facebook page. Detectives identified the suspect as Smith, 31, and took out a warrant for second-degree battery.

“We are aware of the reports regarding Aldon Smith. Aldon notified us and we are gathering more information. We have no further comment at this time,” the Seahawks said in a statement.

The incident in Louisiana took place just two days after Smith signed a one-year contract with the Seahawks.

Smith’s off-field troubles are lengthy and include four full seasons out of the league due to suspensions. Smith was reinstated by the NFL last spring after signing a one-year deal with the Dallas Cowboys. He had not played in the NFL since 2015.

Smith appeared in 16 games last season for Dallas and had 48 tackles and five sacks.

He attended the University of Missouri and was drafted seventh overall by San Francisco in 2011, recording 14 sacks as a rookie. He was an All-Pro in 2012 when he had 19 1/2 sacks and the 49ers reached the Super Bowl. He had 44 sacks in 50 games during his first four NFL seasons in San Francisco.

Smith had several legal issues as a player with San Francisco and Oakland. He was first suspended with the 49ers in 2014 before receiving a one-year ban in November 2015 with the Raiders. Smith applied for reinstatement to the NFL in 2016, but that decision was initially deferred.

Oakland retained Smith’s contractual rights before releasing him in 2018 after San Francisco police issued a warrant for his arrest in a domestic violence case. 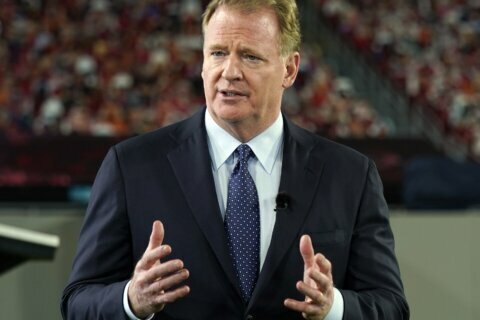 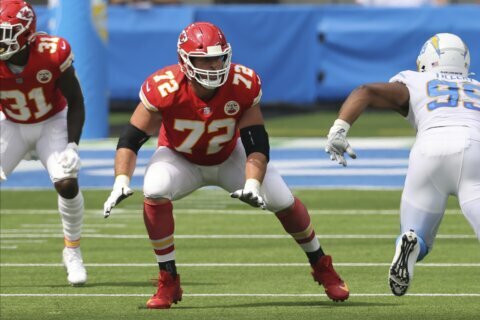