MINNEAPOLIS (AP) — The Minnesota Vikings signed defensive end Stephen Weatherly to a one-year, $2.5 million contract on Monday, bringing back one of their past draft picks to try to strengthen a lagging pass rush.

Weatherly played last season with the Carolina Panthers, who released him on Feb. 19. The 6-foot-5, 265-pound Weatherly spent the first four years of his career as a rotational player with the Vikings, who took him in the seventh round out of Vanderbilt in 2016.

As a free agent last offseason, Weatherly signed with the Panthers for $6.25 million guaranteed and started the first nine games, only to injure his finger, go on injured reserve and get cut for salary cap savings with one year remaining on his deal.

“I openly admit that in my time in Carolina I was happy about the deal I signed and a little bit of complacency set in, and that can’t happen,” Weatherly said on a video conference call with reporters. “No matter what, I need to be striving and reaching for the next step.”

Weatherly has six sacks in 58 regular-season games. Last year, with Everson Griffen left as a free agent and Danielle Hunter out for the entire season with a neck injury, the Vikings were especially thin at defensive end with Ifaedi Odenigbo and Jalyn Holmes in the starting lineup after Yannick Ngakoue was traded during the bye week. Minnesota’s defense ranked 28th in the NFL in sacks per pass attempt in 2020.

“Leaving here and then going to Carolina, I picked up a couple of new things in the pass rush game from being around guys over there, but also one big thing I learned is the importance of speaking up and saying something and that anyone can do it, no matter your age or how many years you’ve been in,” Weatherly said.

“Once everyone gets to the point where they feel comfortable speaking up and saying what they see out there, then it helps everyone be better.” 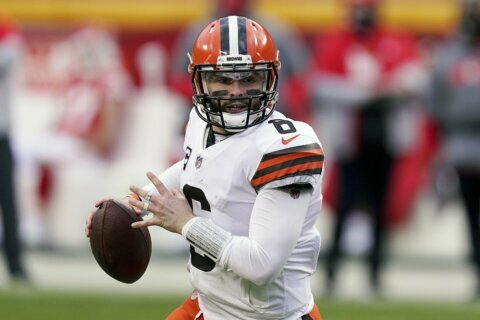 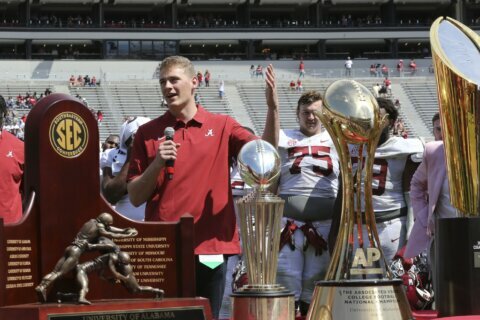 13 players, 5 from Alabama, to attend NFL draft in Cleveland