WASHINGTON (AP) — The National Football League Referees Association has named Mark Baltz its 2021 Annual Honoree for his 25-year career as an official and another 15 years as its treasurer.

The NFLRA announced the honor Thursday.

Baltz called it an honor being selected by his friends and peers both on the field and on the NFLRA board.

“Lifetime friendships were formed during those 25 great years, which served as the second half of my wonderfully rewarding 50-year sports officiating career,” Baltz said.

Baltz was a head linesman in a career that started in 1989 and went through 2013. He worked 21 postseason games, including five conference championships. He also worked as a referee for three seasons in NFL Europe.

He was elected treasurer of the NFLRA’s board of directors in 2000 and stayed in that job through 2014.

“He has given so much to our officiating community, and we are honored to celebrate his career and accomplishments,” NFLRA President Tony Steratore said. 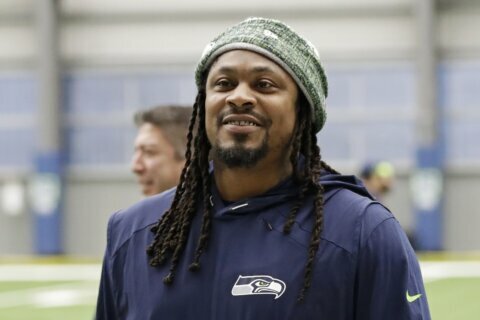