The Jets didn’t announce the move, but McCartney wrote he was “Excited for @Kroft86 agreeing to a 1 year contract with the @nyjets.”

Kroft spent the past two years in Buffalo after playing in Cincinnati his first four NFL seasons. He had 12 catches for 119 yards and three touchdowns last season.

The Jets entered the NFL’s free agency period this week with about $69 million in salary cap space, ranking among the league leaders. In addition to Kroft, Cole and Feeney, they have signed defensive end Carl Lawson, linebacker Jarrad Davis, wide receiver Corey Davis and special teams ace Justin Hardee, and agreed to terms with defensive back Lamarcus Joyner.

New York has also re-signed backup wide receiver Vyncint Smith and running back Josh Adams. The Jets also used the franchise tag on safety Marcus Maye, whom they hope to sign to a long-term deal. 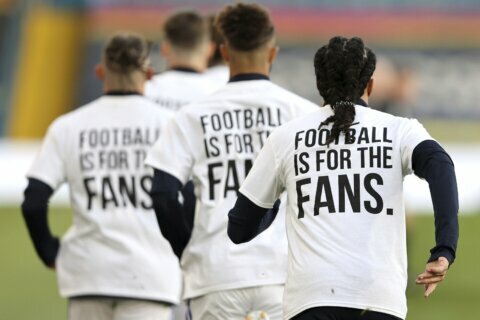