The Chiefs offensive coordinator doesn’t want to waste a second on it this week.

“Let me just say this: It was an honor and a privilege, but that’s not what we’re here for,” Bieniemy said Thursday after Kansas City had concluded its latest practice ahead of its divisional round playoff game against Cleveland.

“We’re here to talk about the Browns,” Bieniemy said. “We eliminate all distractions. At the end of my day, my focus and my attention is on the Browns. They’re a great team. They’re playing great ball. We’re looking forward to this challenge. I know our guys are fired up and excited, they refreshed and hit the reset button, now it’s time to go out there and produce.”

His guys may have had a chance to rest and reset. Bieniemy spent the bye week on the move.

The respected offensive innovator was among at least seven to interview with the Falcons and Lions, where he remains one of the front-runners for the job. He spoke with the Jets and was among at least four to interview with the Jaguars, though they were on the cusp of hiring Urban Meyer. Interview requests also have been made by the Texans, whose quarterback Deshaun Watson is firmly in his camp, and the AFC West-rival Chargers.

Just about the only team that has yet to contact Bieniemy is the Eagles, where he once played running back, and that could be simply because Doug Pederson — who coached with him in Kansas City — has only recently been fired.

“Listen, I think he’s top-notch,” Chiefs coach Andy Reid said. “At the risk of being redundant, I have not seen many guys that are as great a leader as he is of men. And in this business, that’s huge. You’re never going to have to worry about Eric, never — on the field, off the field. He’s going to be honest with you and straightforward, and then he knows the offense.”

Bieniemy has certainly been part of one of the dynamic offenses in the NFL the past few years. But there is some debate, at least outside of the Chiefs practice facility, when it comes to how much of a factor he has been. He has a big hand in putting together the game plan, but Reid remains the primary play-caller when the Chiefs take the field.

One thing that is not in dispute: His players love him. Even those on the defensive side of the ball.

“All good players, they want to be coached. They want to be coached hard and they want to be coached the right way,” Chiefs safety Tyrann Mathieu said Thursday. “I think Coach Bieniemy really embodies that. Even as a defensive player, to see him get on Tyreek (Hill), to get on (Travis) Kelce, to get to that next level — I think that says a lot about him as a coach, as a motivator. I’m inspired by him. … He’s one of those guys I feel like is definitely deserving.” 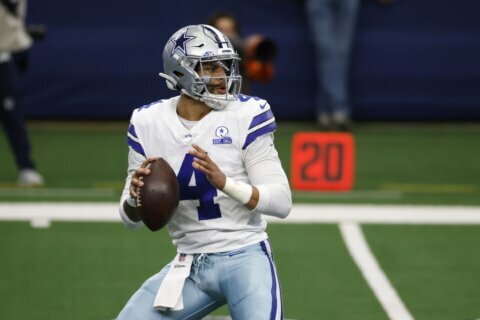