Jones back at practice for Falcons, questionable vs. Saints

FLOWERY BRANCH, Ga. (AP) — Julio Jones returned to practice as a limited participant Friday and is listed as questionable for the Atlanta Falcons’ game against the New Orleans Saints.

The star wide receiver has been dealing with a hamstring injury most of the season and missed last week’s win over the Las Vegas Raiders. He was limited in practice Wednesday and was held out Thursday.

Left guard James Carpenter, who was carted off the field against the Raiders, has been ruled out with a groin injury.

Jones, a seven-time Pro Bowl selection who has missed three games with a hamstring injury this season, seeks to tie Marvin Harrison with his 59th career game of 100 yards receiving, third-most in history behind Jerry Rice (76) and Randy Moss (64). 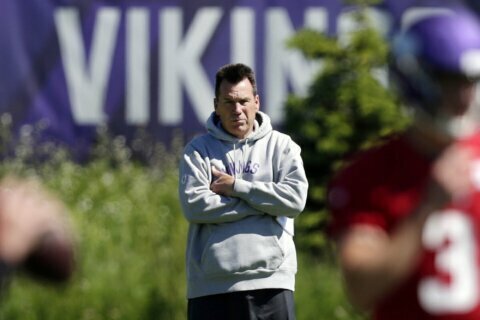