Jets WR Mims out vs. Seahawks while tending to family matter

Mims left the team Wednesday to travel home to Texas to handle the situation and was not yet back Thursday.

Coach Adam Gase ruled Mims out against the Seahawks because the receiver would not be able to go through the NFL’s COVID-19 protocols in time when he returned to play Sunday. The second-round draft pick missed the first six games while recovering from hamstring issues, but has 19 catches for 324 yards in the six games since.

“Obviously, he’s been trending in the right direction and he’s been a big reason why we’ve had some better games since he’s been playing,” Gase said. “Protocols are what they are, and he had to handle family business — which we support because we felt that was the right thing for him to do.”

The winless Jets have Jamison Crowder, Breshad Perriman, Braxton Berrios, Jeff Smith and Vyncint Smith on the active roster at the receiver position.

Perriman was expected to be limited at practice Thursday with a shoulder injury. Gase said offensive lineman Pat Elflein (shoulder/ankle) would also be limited.

In other injuries, linebacker Jordan Jenkins (shoulder), right guard Greg Van Roten (toe) and safeties Ashtyn Davis (foot) and Bennett Jackson (hamstring) were all expected to miss practice for the second straight day. Running back Frank Gore remains in the concussion protocol, but was also getting his normal rest day. 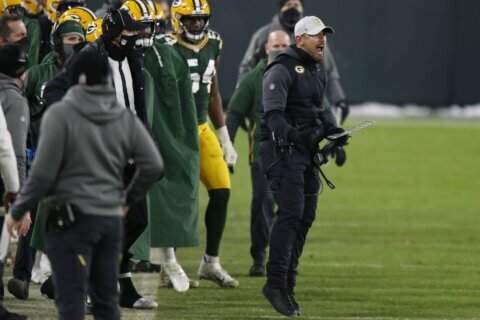