The Green Bay Packers teammates would love the opportunity to produce plenty of similar scenes next month by staying home throughout the NFC playoffs.

Playing in the cold at Green Bay is tough for road teams, anyway. The Packers showed they can thrive on the frozen tundra of Lambeau Field.

This game showcased why the Packers want to make sure the playoffs go through Lambeau after losing on the road in three of the last six NFC championship games. With snow falling throughout the first half and continuing to cover much of the field the rest of the game, Green Bay moved the ball at will all night.

“People definitely don’t want to play in the cold,” Adams said. “It’s tough, man. It’s tough. It makes you a little bit less physical. It takes your speed away. If you don’t get to practice in this and get used to the temperature, the snow and all of that stuff, as you’ve seen, it can obviously take a toll. I think that team (Tennessee) is a really, really solid team that played with a lot less speed than they typically do.”

Green Bay ran wild behind 124 yards and two touchdowns from A.J. Dillon and 94 yards from Aaron Jones. Dillon, a second-round pick from Boston College, had run for just 115 yards all season during a rookie year in which he spent over a month on the COVID-19 reserve list.

Tennessee (10-5) squandered an opportunity to clinch its first AFC South championship since 2008. The Titans still can clinch a division title by winning at Houston (4-11) next week.

Adams’ three touchdown catches gave him 17 this season, one off the Packers’ single-season record that Sterling Sharpe set in 1994. Adams, who caught 11 passes for 142 yards Sunday, leads the NFL in touchdown receptions despite missing two games with a hamstring injury.

The Packers’ defense also played well while picking off two passes from Ryan Tannehill, who went 11 of 24 for 121 yards. Tennessee’s Derrick Henry rushed for 98 yards on 23 carries, ending his streak of nine consecutive road games in which he’d run for at least 100 yards.

Green Bay pulled ahead 19-0 when Rodgers threw touchdown passes on each of their first three possessions. Mason Crosby missed an extra-point attempt after the first touchdown and the Packers failed on a two-point conversion attempt after the second one.

Adams capped Green Bay’s first drive by catching a pass behind the line of scrimmage, slipping out of Adoree Jackson’s grasp and diving into the right corner of the end zone.

After Darnell Savage picked off Tannehill’s pass to give the Packers the ball in Green Bay territory, Adams beat Jackson again on a 7-yard touchdown early in the second quarter.

“I don’t think you can do that against anybody, with the mistakes that we made and the start that we had,” Titans coach Mike Vrabel said. “(It’s) just not going to be good enough and just too inconsistent.”

Tannehill’s 12-yard touchdown pass to Jonnu Smith with 43 seconds left in the second quarter made it 19-7. On the opening series of the second half, Tannehill faked a handoff and raced 45 yards untouched to cut Tennessee’s lead to 19-14.

The Packers then capitalized on good fortune.

Aaron Jones bounced off someone around the line of scrimmage and then raced down the left sideline for a 59-yard gain that set up Rodgers’ 8-yard touchdown pass to Adams. The Packers snapped the ball just after a replay showed Jones stepped out of bounds during that run and gained well over 30 yards afterward.

“By the time the ball was snapped, that was the first view that we got as it was coming down,” Vrabel said. “That was unfortunate. I wish we’d been able to tackle him and set the edge when we had him in the backfield.”

The Packers played without running back Jamaal Williams due to an injured quadriceps. Offensive tackle Rick Wagner suffered a knee injury.

The Titans are at Houston.

The Packers are at Chicago. 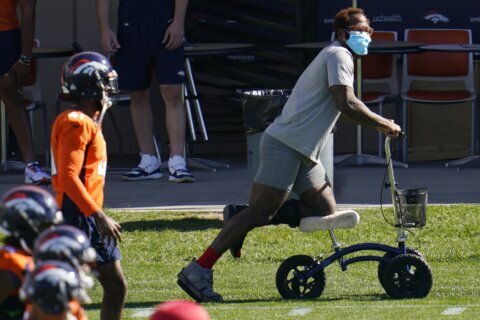 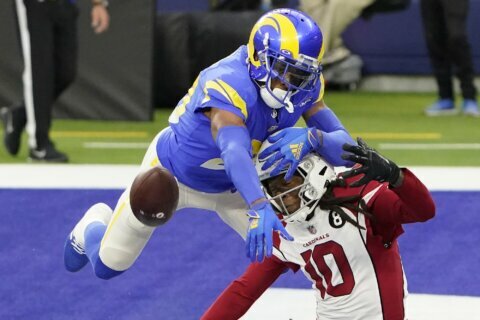 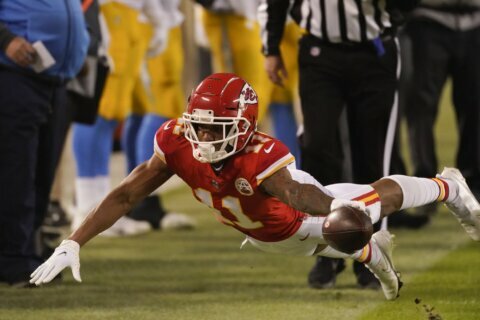