Surging Falcons to test Saints while Brees is injured

STREAKS, STATS AND NOTES — QB Matt Ryan has passed for at least 300 yards in three of his last four games against the Saints. Ryan brings momentum into the game. He has completed 72.8 percent of his passes (107 of 147) the last four games for 1,274 yards, an average of 318.5 per game. … Ryan has eight TD passes and two interceptions in the last four games. … RB Todd Gurley has rushed for nine touchdowns in his first nine games with Atlanta. If he runs for a touchdown against the Saints, he would become the seventh player in NFL history with at least 10 rushing TDs in five of his first six seasons. … LB Foye Oluokun won his first NFC Defensive Player of the Week honor after his 10 tackles, one sack and four quarterback hits against Denver on Nov. 8. … WR Calvin Ridley leads the Falcons with six TD catches. Ridley has 23 TD receptions, passing Andre Rison’s 22 for the most through an Atlanta player’s first three seasons. … If Ridley is held out with a mid-foot sprain, a player to watch is WR Olamide Zaccheaus. He had four catches for 103 yards, including a 51-yard TD catch, against Denver. It was his first 100-yard game. … Zaccheaus’ TD catch vs. Denver was the second of his career, following a 93-yarder against Carolina in 2019. Julio Jones is the only other Falcons player whose first two TD catches (50, 80) were for at least 50 yards. … The Saints have won six straight. It’s the fourth straight season they’ve had a winning streak at least that long. … Saints QB Jameis Winston could make first start with Saints because of Drew Brees’ rib injury. Winston started 70 games in his previous five seasons with Tampa Bay. But QB Taysom Hill, who also plays a variety of other positions, including special teams, also might get the start. … RB Alvin Kamara had 98 scrimmage yards and three TDs last week. Kamara ranks second in the NFL in scrimmage yards with 1,134 and 11 TDs. … Kamara has seven TDs (four receiving, three rushing) in five home games this season. …WR Michael Thomas has 64 receptions for 777 yards (97.1 per game) and three TDs receiving in eight career games vs. Atlanta. Thomas needs two receptions to surpass Jarvis Landry (481) for most receptions in a player’s first five seasons in NFL history. … DE Cameron Jordan had a career-high four sacks in the last meeting and has 18 sacks in 18 games against the Falcons. … LB Demario Davis had a season-high 12 tackles and his third sack of the season last week. … S Malcolm Jenkins had his 19th career INT last week and has an INT in two straight games. Jenkins is one of three NFL DBs with at least two sacks and two INTs this season. … DE Marcus Davenport had two sacks and two forced fumbles in the last meeting. … The Saints’ defense has allowed one TD in the past two games. … Fantasy tip: Thomas, the 2019 NFL Offensive Player of the Year, is entering his third game back from a hamstring injury. He’s due for a big game and the Falcons’ secondary ranks near the bottom of the NFL in yards allowed. 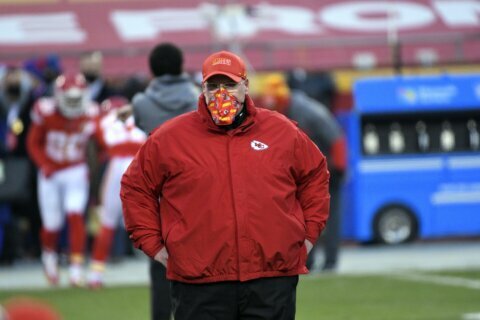