BUFFALO, N.Y. (AP) — Bills fans have rallied to support quarterback Josh Allen following his grandmother’s death by donating more than $200,000 to a Buffalo children’s hospital in her honor.

The Oishei Children’s Hospital announced the latest total on its Twitter account Tuesday, two days after coach Sean McDermott revealed the news of Patricia Allen’s death following Buffalo’s 44-34 win over Seattle. The donations come as the hospital celebrates its third anniversary at its downtown home.

A number of the donations have come in at $17 each in honor of the quarterback’s jersey number. Allen acknowledged the outpouring of support on Twitter, writing: “At a loss for words. Buffalo, I love you.”

Allen has been a big supporter of the hospital and has made regular trips to visit patients during his three seasons in Buffalo.

McDermott revealed that Allen elected to play Sunday after learning of his 80-year-old grandmother’s death the night before. Putting aside his grief, Allen finished 31 of 38 for 415 yards passing, matching a career high set earlier this season, and four touchdowns including one rushing to improve the AFC East-leading Bills’ record to 7-2.

“When he came in off the field and into the locker room, he kind of fell into my arms a little bit,” Daboll said. “A lot of emotion there, particularly for him, but for me also. When you love somebody and something happens like that, it’s tough.”

What doesn’t surprise Daboll, who grew up in the Buffalo suburbs, is the community’s support.

“It’s Buffalo, man. It’s people taking care of their own people, and people having each other’s back,” Daboll said. “I know he’s very thankful for that.”

It’s not unusual for Bills fans to rally behind their players, as well as those of other teams.

Then with Cincinnati, Dalton’s 49-yard last-minute touchdown pass on fourth down to Tyler Boyd sealed the Bengals’ 31-27 win over Baltimore on the final day of the 2017 regular season. The result pushed the Bills into the playoffs, ahead of the Ravens, who were eliminated. 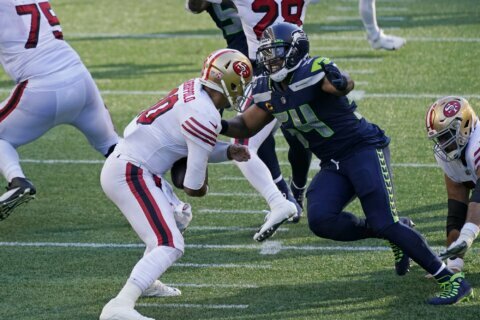 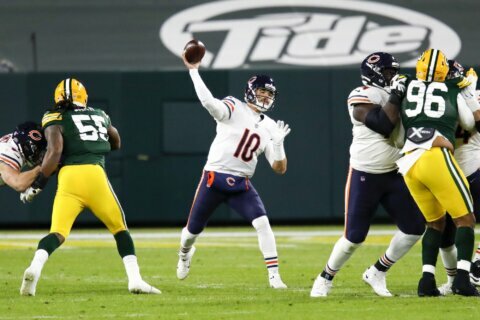 Bears stick with QB Trubisky after rough return to lineup 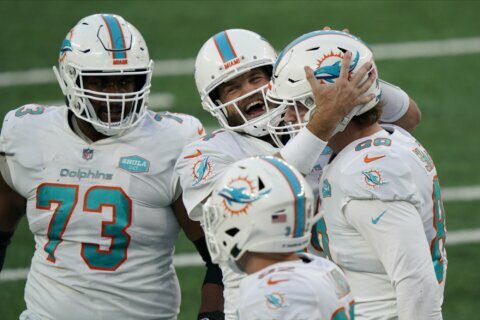