RENTON, Wash. (AP) — The Seattle Seahawks have someone whose name went unlisted on their injury report for Sunday night’s game at Arizona but who is hurting nonetheless: head coach Pete Carroll.

Carroll underwent arthroscopic knee surgery during Seattle’s bye last week, then pushed himself too much at work this week to the point he was using a golf cart and a cane to get around at practice the past couple of days.

Carroll said he’ll be fine for Sunday’s game and doesn’t believe he will need any special precautions on the sideline. He just might not be moving as fast as normal.

“My rehab was going really well and then, if you can imagine this, I overdid it a little bit too much,” Carroll said Friday. “And not that I wasn’t warned from everybody that knows me, and that was here that I was probably going to do that. I guess I wanted them to feel good about them calling the shots, and they were all right and I went too far too fast.”

One player who was listed on Seattle’s injury report was safety Jamal Adams, who will miss his third straight game with a groin injury. Adams was injured late in Seattle’s Week 3 win over Dallas and the expectation was that he would be able to return following the bye.

Carroll said the Seahawks decided to hold Adams out for one more week to make sure he was fully healthy before bringing him back.

Adams is the only player listed as out for Sunday’s game.

“He’s really close and we want to make sure and get it right,” Carroll said. “The consensus was it’s better to wait till next week and I anticipate that he’ll be practicing next week.”

Seattle is also uncertain about the status of starting offensive guard Mike Iuptai, who had a back injury flare up this week and was listed as questionable. Iupati was limited in practice on Wednesday and Friday and sat out on Thursday. Iupati missed Seattle’s Week 5 win over Minnesota with Jordan Simmons starting in his place.

“He was uncomfortable a couple of days so we have to see how he is by the weekend,” Carroll said.

The Seahawks are also a week away from seeing Damon “Snacks” Harrison on the field. Carroll said they will leave Harrison in Seattle this week as he continues to build up his conditioning. The veteran defensive tackle was signed to the practice squad earlier this month.

One player the Seahawks will have back against the Cardinals is first-round pick Jordyn Brooks. The rookie linebacker suffered a sprained knee in his first start in Week 3 against the Cowboys and missed the past two games. 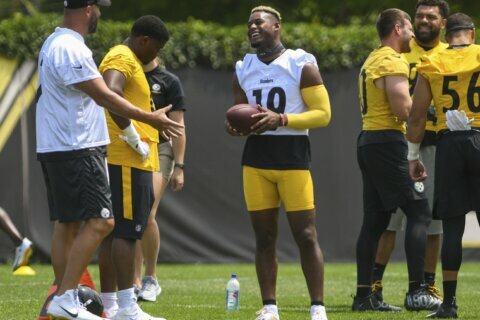 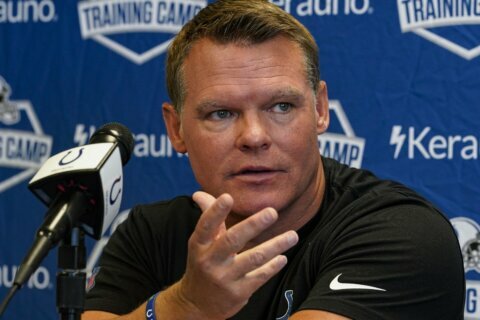